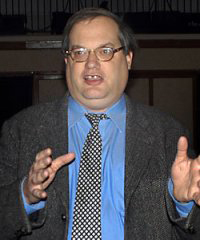 A suspected separatist group holding John Solecki, a Columbia College and School of International and Public Affairs graduate, said on Sunday that it would kill him in four days if the Pakistani government did not release more than 1,000 imprisoned members of Baluchistan separatist groups, according to an article in the New York Times. Solecki, the top United Nations official in Pakistan's Baluchistan Province, was kidnapped on Feb. 2 by gunmen of the Baluchistan Liberation United Front who shot his driver as the two were en route to the U.N.'s local offices in Quetta. Solecki has been held captive since, but Pakistani security forces have discovered Solecki's location and say he will be released soon, according to a report released Wednesday by Press TV, an Iranian international news network. On Feb. 13, the kidnappers issued a threat to Solecki's life and released a 20-second video of Solecki blindfolded in which he said he was "sick and in trouble." While the group did not carry out the threat, they released a similar one on Sunday and set the deadline in a letter sent to the local news agency Online International News Network. The separatist group's spokesman, Mir Shahiq Baloch, wrote that the date was "our final deadline for killing John Solecki." During Solecki's abduction, Columbia University administrators have been closely monitoring the situation through news reports, according to Robert Garris, senior associate dean at SIPA. Garris said that SIPA administrators have not been in contact with anyone in the U.N. regarding Solecki's captivity. "I've been in touch with several parts of the University and all of us are being kept up to date," Garris said. "We're obviously very concerned about him." Solecki's family and friends have acknowledged his selfless nature as a man who has dedicated his life to public service. History professor Richard Bulliet, who was one of Solecki's professors at CC, wrote about his dedication to his job in a column in the International Herald Tribune. "He is imperturbable," Bulliet wrote. "He soothes the feelings of people in stress."