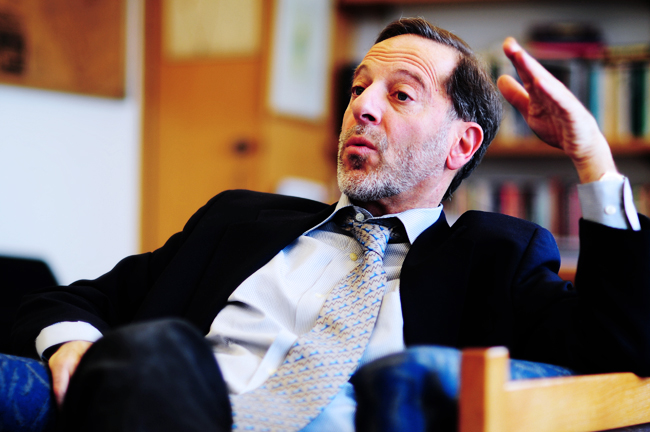 Everything about Rashid Khalidi, Edward Said Professor of Modern Arab Studies and literature and director of the Middle East Institute at Columbia University, suggests the life of an active and successful public intellectual: his résumé, his office, and his all-expansive manner. It thus comes as no surprise that the Los Angeles Times has hailed him "the foremost U.S. historian of the modern Middle East." Indeed, Khalidi's scholarship has focused primarily on modern Middle Eastern history, and Sowing Crisis: The Cold War and American Dominance in the Middle East (Beacon Press, January 2009) is his latest installment in this saga. He will be presenting and discussing the book at Book Culture on Monday night. Sowing Crisis is about how Cold War conflicts between the Soviet Union and the United States are largely responsible for the current state of the Middle East. "It greatly exacerbated regional conflicts that were already there," Khalidi said. "Israel-Palestine, Iran-Iraq." Was this kind of like how it was in Charlie Wilson's War? "Yes, but I also think of Wag the Dog—the phrase, not the movie—in the sense that the little guy is jerking the big guy around. For example, there was Egypt and the Soviets." In other words, Khalidi claims that the Middle East both partially determined and was determined by the Cold War. Khalidi's argument seems, on the surface, obvious: there's no one cause for anything­­­—things always happen due to a combination of factors. For a famous intellectual pugilist, his argument and his presentation are surprisingly circumspect. In our interview, he repeated several times, "It wasn't all the U.S.'s fault—the Soviets were often worse." How does Khalidi feel about some of the criticism of his theory? "There are people who say that if you explain something, you're justifying it," he said, before adding, "That's just stupid." He reported with a smile that, nevertheless, the reception of Sowing Crisis has been "overwhelmingly positive"—pugilists need allies as well as adversaries. When asked about Afghanistan, he explained that it was only our responsibility to chase the "bearded hoodlums," and that it was ridiculous to expect that the U.S. could go in and establish a "modern-day sand-castle of a 21st-century Jeffersonian democracy." What about democracy? "Democracy in the Middle East was badly damaged by the Cold War." So there was nothing intrinsically inimical to democracy in the Middle East? "No. People there love our values. They love our consumer culture, they love our political ideals...well, not always the reality, but in some cases." Khalidi demurred a little when asked what the way forward might be: "As a historian, my bias is towards analyzing the past to explain the present." And this analysis is much more than just a re-working of the now-familiar narrative of the U.S.'s complicity in its own geopolitical boondoggle. Khalidi's sharp, jagged insight is part of what has made him such a prominent scholar and a successful public speaker—hopefully it will be in full evidence at his discussion of Sowing Crisis tonight. An Evening with Rashid Khalidi will take place Monday at 7:00 p.m. at Book Culture. The talk is free and open to the public.