Biographer to shed light on an often-neglected radical

Biographer to shed light on an often-neglected radical 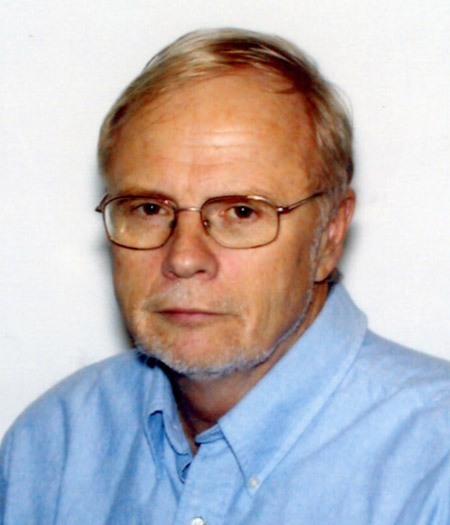 Before civil rights advocates like Malcolm X and Dr. Martin Luther King, Jr., there was Hubert Harrison. According to Jeffrey B. Perry, an independent scholar who received his Ph.D. in American history from Columbia in 1980, Harrison was "the first to struggle against both class and racial oppression though his articulate, radical black working class voice and a bottom-up approach." Perry preserved and inventoried the "Hubert H. Harrison Papers" and helped to place them in Columbia's Rare Book and Manuscript Library. He has just published a new biography, Hubert Harrison: The Voice of Harlem Radicalism, 1883-1918, in which he describes Harrison as a "self-defined radical internationalist" who combined class consciousness and anti-white-supremacist race consciousness into a sound political radicalism. Perry is also the editor of A Hubert Harrison Reader (Wesleyan University Press, 2001) and the forthcoming Writings of Hubert Harrison. This Thursday, April 16, from 6:30 to 8:30 p.m., the Davis-Putter Scholarship Fund will present "Harlem Radicalism: from Hubert Harrison to Hip Hop," an educational fundraiser open to the public in Grace Dodge Hall, at Columbia University's Teacher's College (525 West 120th Street). Perry, a 1980-81 grantee, and Kahlil Almustafa, a 2008-09 grantee and author of Growing Up Hip Hop, will be making the presentation. Hubert Harrison: The Voice of Harlem Radicalism portrays Harrison as an exceptional individual who, among many other things, was an orphan who attended night school twice a week, was fluent in six to eight languages, and is believed to have read approximately six books a day throughout most of his life. Harrison was also a leading pioneer in the birth control movement. According to Perry, Harrison "was also the first regular black book reviewer and a lecturer for the New York City Board of Education—unprecedented positions for an African American." America's leading playwright and Nobel Prize winner Eugene O'Neill commended Harrison greatly, considering his review of the ground-breaking play The Emperor Jones to be "one of the very few intelligent criticisms of the piece that have come to my notice." Perry's depiction of Harrison as both an intellectual and a radical can unmistakably be seen in the comparison he makes between Harrison and both Booker T. Washington and W.E.B. Du Bois. Washington, who had ties to powerful whites and who developed a political patronage machine, and Du Bois, who also had connections with wealthy liberal leftist whites, shared a top-down approach to the issue of racism. Harrison, who was against the Du Bois' notion of the "talented tenth," broke through both philosophies and developed a bottom-up approach. Additionally, Harrison had a major impact on A. Philip Randolph and Marcus Garvey, two of the most influential African American leaders of the twentieth century. The "Father of Harlem Radicalism" was a fundamental critic of the NAACP, which he thought was too dependent on whites and thus not a pro-active organization. Harrison believed that the Negro question was a revolutionary one and wrote in the New York Call that "politically, the Negro is the touchstone of the modern democratic idea. The presence of the Negro puts our democracy to the proof and reveals the falsity of it." Indeed, Harrison understood the two-fold character of democracy, and acknowledged that every issue of society was shaped by white supremacy. He was the first among his contemporaries to clearly recognize that a white supremacist culture was a block to social progress. Though thousands attended his funeral, Perry believes that Harrison "is not better known because of his race, class, and low socio-economic status." Moreover, as Perry also noted, "Despite being rated 'one of the 20th century's major thinkers' by the double Pulitzer Prize-winning Du Bois biographer, David Levering Lewis Harrison is, as Harvard University's Henry Louis Gates Jr., writes, 'a major but neglected figure in our history.' " The Davis-Putter Scholarship Fund will present "Harlem Radicalism: from Hubert Harrison to Hip Hop," this Thursday, April 16, from 6:30 to 8:30 p.m. in Grace Dodge Hall at Columbia University's Teacher's College (525 West 120th Street). Books will be for sale, and there will be a signing after the presentation. Admission is free and open to the public.