Bollinger calls for for release of detained Iranian scholar

Bollinger calls for for release of detained Iranian scholar 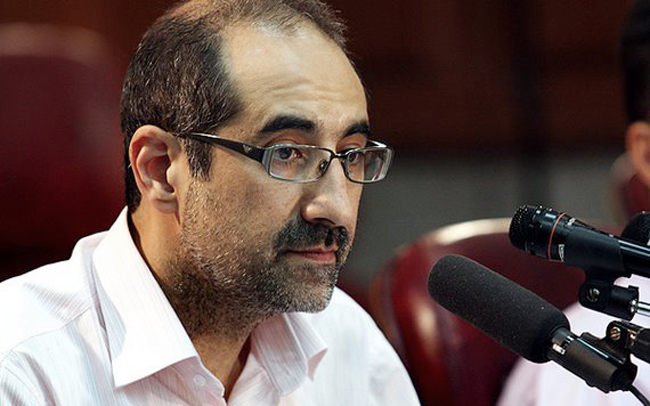 Kian Tajbakhsh, an Iranian-American urban planner who was supposed to teach at Columbia this semester, has been detained along with scores of dissenters and is on trial in Iran for fomenting a "velvet revolution." The U.S. Department of State and University President Lee Bollinger have called for the release of Tajbakhsh, a scholar who earned his Ph.D. in urban planning from Columbia. When Tajbakhsh was arrested earlier this summer, sources told CNN that security forces took his computer and ravaged his home. "Two people who identified themselves as Iranian security officials arrived at his residence in Tehran late Thursday. The officials questioned him and his wife and searched the residence for three hours before taking him away along with two computers and other items," Tajbakhsh's family and friends said in a statement. In an August statement, U.S. Secretary of State Hillary Clinton referred to Tajbakhsh as a scholar "who has spent his career working to enhance mutual understanding between Iran and the United States." Clinton added that "Iran should immediately release Mr. Tajbakhsh from detention and allow him to depart Iran to continue his academic pursuits." "We share the concerns expressed by the U.S. Department of State about the reported arrest of Kian Tajbakhsh and many others in Iran," Bollinger said. "We concur in urging his release from detention and express our heartfelt support for his family, friends, and colleagues who are anxious over his wellbeing." Tajbakhsh was one of many prisoners abducted by the Iranian government in its attempt to quell the demonstrations that have cropped up since current Iranian President Mahmoud Ahmadinejad was announced the winner of the country's June election over candidate Mir Hossein Moussavi. For Tajbakhsh, the arrest has come shortly after he was granted freedom. In 2007, he was one of several Iranian-American scholars arrested in Iran. Tehran's Evin prison held him in solitary confinement under charges of espionage and inciting revolution. During his captivity, Bollinger and John Coatsworth, dean of the School of International and Public Affairs, lobbied against Tajbakhsh's arrest. Tajbakhsh also had backers in the Open Society Institute, an organization financed by businessman George Soros. Supporters formed freekian.org to petition for his release. Four months later, Iran released Tajbakhsh on the day Bollinger announced that Ahmadinejad would be speaking on campus. According to "The New York Times", Tajbakhsh and his family first had to pay about $107,000 in bail money. In the introduction to Ahmadinejad's speech, Bollinger extended an invitation to Tajbakhsh to become a visiting professor, presumably in the Graduate School of Architecture, Planning, and Preservation. Tajbakhsh was supposed to assume that post this semester, but his detention has prevented him from doing so. Meanwhile, Tajbakhsh is undergoing trial, faced with allegations of masterminding protests in conjunction with foreign governments. news@columbiaspectator.com