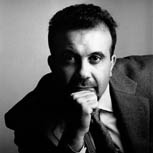 Middle East and Asian languages and cultures professor Joseph Massad is said to have been granted tenure earlier this summer, though mum's still the word from the University about the status of his employment. After taking a sabbatical leave, Massad is back to teach two courses this semester, according to the Columbia course catalog. He could not be reached for comment. Massad is still listed on the Columbia University online directory as an associate professor, though updates often lag. Massad received his doctorate in political science from Columbia in 1998. He has received attention for his views on issues ranging from Israeli identity to American politics in the Middle East. His stances have been met with conflict in the classroom, and have aroused zealous support and criticism around campus and beyond the gates. But for a professor who has inspired so much uproar, his return to Columbia comes relatively quietly. With his tenure bid granted during the empty summer months, his affirmation has made a small ripple in the blogosphere. Student reactions were mixed, though backlash appears, at least publicly, to be downplayed. Columbia University spokespeople repeatedly told Spectator they would not comment on the case, citing their policy of not speaking about ongoing tenure cases. Though a professor's status at any given time is public information, the University would neither confirm nor deny the outcome of the case. The committee of faculty responsible for reviewing Massad's tenure petition—none of whom are members of his own department, as University policy dictates—were all either unavailable or declined to comment. A Chronicle of Higher Education online blog post this past April sparked renewed discussion about the case after it was reported that members of Massad's department had learned he would soon be granted tenure. In June, the New York Post published an op-ed that said Massad had been granted tenure. The piece condemned the decision, though Columbia spokespeople would neither confirm nor deny that Massad had been granted tenure. Speaking on the condition of anonymity due to the controversy and secrecy surrounding the case, sources told Spectator in August that Massad may have been granted tenure in late May or early June. Spectator was led to believe that the Post had misreported Massad's status. Massad's review for tenure made headlines in 2007 after it was rumored that his petition had been denied. His newest book "Desiring Arabs" was released in June of that year, and was not included in the first round of materials considered by the committee towards his tenure bid. While the outcome of his first tenure petition was never publicly released, sources say that his first bid was denied and that he was granted tenure based on an appeal of the decision. A second round of review is rare but not unheard of at Columbia. Outside of "procedural irregularities," "a candidate is reconsidered only in rare instances when the Provost is satisfied that there is evidence of substantial scholarly growth following the original negative decision," according to the handbook. In such cases, the nominating department submits a statement with new materials which were not previously reviewed. It is possible that Massad's new book was among the material submitted for a second review. In 2005, Massad was thrust into the limelight because of an investigation of MEALAC after students reported that they were intimidated in class for expressing support of Israel. The episode inspired the David Project's documentary, "Columbia Unbecoming." The resulting Ad Hoc Grievance Committee Report did not find proof of anti-Semitism, but did rebuke Massad for inappropriate comments made in class. Massad wrote that the report "suffers from major logical flaws, undefended conclusions, inconsistencies, and clear bias in favor of the witch-hunt that has targeted me for over three years," according to the MEALAC Web site. Student reactions to Massad's tenure were mixed. Aaron Winslow, a second-year Graduate School of Arts and Sciences student and an organizer of the Columbia Palestine Forum—a campaign intended to gather support for Palestinian rights to education and self-determination—praised the decision. "The attacks upon Professor Massad represent aggressive and unjust infringements upon academic freedoms at Columbia," Winslow said. "The decision to grant professor Massad tenure is certainly a step in the right direction, as it signals the possibility for a discussion about the occupation of Palestine that is free of the intimidation that has often marred it in the past." But pro-Israel political affairs committee LionPAC denounced the decision, citing his history of provocation. "It is regrettable that basic standards of academic integrity have been compromised in order to grant tenure to an individual who has promulgated both hatred and inflammatory rhetoric," said Eric Schorr, Columbia/JTS '12, director of public relations for LionPAC.