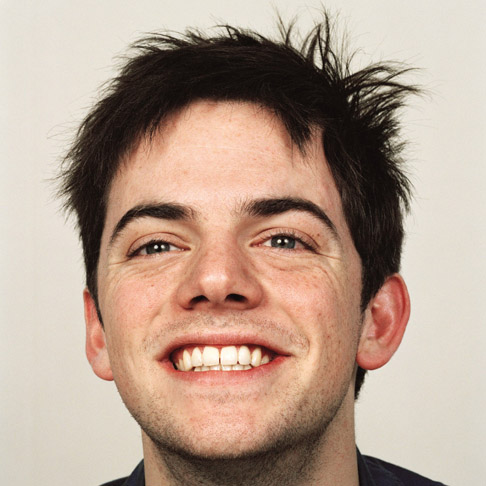 Exactly 10 years ago, now-world famous composer Nico Muhly, CC'03, moved into his first-year dorm at Columbia. On Sept. 9, he will move into Miller Theatre to perform with his group 802 Tour as part of the Wordless Music Series, returning, in a sense, to the chaos of the first week of classes at Columbia. Muhly—who among other things has just composed for the Boston Pops and American Ballet Theatre, worked with Rufus Wainwright, Bjork and Antony of Antony and the Johnsons, wrote numerous religious pieces, and composed the score for "The Reader"—insisted in an interview that he was "freaking out" about performing at his alma mater. Muhly, who speaks quickly, and in language full of pop-culture references and well-placed f-bombs said," It actually is almost ten years to the day since I turned up the first time. It kind of blows my mind." Nico Muhly's experience as a student in the Columbia-Juilliard joint degree program was, as he describes it, "crazy town." Working with Philip Glass as an undergraduate while throwing himself into his academic studies, Muhly somehow still found time to write music. Now Muhly's English major is, perhaps surprisingly, put to use daily. "When I write a piece, it remains sort of language-based for 60 percent of compositional process," he said. "Notes come in a lot later. The act of reading and the act of interpreting are sort of the fundament of what I'm up to as a musician and all that comes from studying English." Muhly "worshipped the Core" and found Columbia's rigorous academics a welcome reprise from his intense musical education at Juilliard. As a student at both Columbia and Juilliard, Muhly had little time to worry about his developing career. Today, he remains focused on the present and is unsure of what the future will bring, despite the multisided magazine and newspaper articles declaring his work the future of classical music, a bridge between classical and popular music, and the hope for the continuation of a genre. "In college, [the only thing] I could expect was what I was going to do the next day. I was so tunnel vision-y, and even now I have no idea of career trajectory," Muhly said. "Anxiety is one of the biggest troubles with being a musician. Instead of writing, you get the sense that people are sitting at home gnashing their teeth wishing they were more famous or more this or more that." For now, Muhly concentrates on producing music of which he is proud. Composing is, for him, like "cooking the kind of shit that you make for yourself." Though you could serve, say, anchovies on pasta for a close friend, you wouldn't prepare it for a dinner party. Muhly's describes his work as less "restaurant-y" and more personal and intimate. "For me, if it's a piece that has an emotional program that makes sense to me, I assume that others will find it compelling. But that's one of the fun built-in narcissisms of being a composer," he said. Muhly's Miller Theatre performance will include mini-collaborative sets within the show by Muhly, Thomas Bartlett, and folk-singer Sam Amidon. All three musicians, who tour as 802 Tour, hail from Vermont. Muhly met Bartlett when he was a student at Columbia "for about eight seconds." And, Muhly says, "everyone knows Sam. He is folk royalty in Vermont." Because he will be arriving in New York from Ireland on the day of his performance, Muhly expects the day to "replicate the kind of parched moving-in experience [he] had 10 years ago." The performance may also serve as a mini 10-year reunion for Muhly. "This girl I met in like Wallach dorm or whatever is teaching her first class of Lit Hum." Muhly is contemplating showing up to the class unannounced. 802 Tour As part of the Wordless Music Series, $7 student tickets are available Miller Theater, 8 p.m.