Characters go gay to get ratings up, but not for long

Characters go gay to get ratings up, but not for long 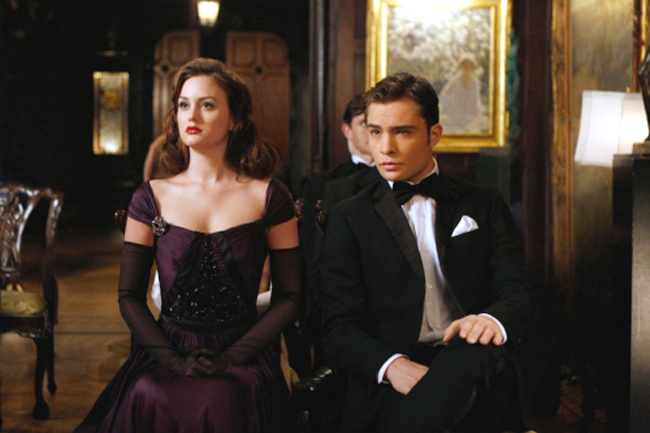 Courtesy of The CW

Though many TV shows, feature gay characters, some, such as Gossip Girl turn straight characters gay, if only briefly, to spark controversy and hopefully improve network ratings.

What do Samantha Jones and Chuck Bass have in common? Great shoes? Yes. But also something more controversial. After this season of "Gossip Girl," both characters will have "gone gay" for a string of episodes. It's an age-old plot twist that's been used in TV shows to up ratings when plotlines have gone stale. Samantha Jones (Kim Cattrall) experimented with lesbianism for a few episodes in "Sex and the City." Marissa Cooper (Mischa Barton) rebelled against Orange County rigidity by sharing some steamy scenes with Alex (Olivia Wilde) on "The OC." While the public has become somewhat used to gay characters on TV shows like Will from "Will and Grace," and Lloyd from "Entourage," there's something about straight characters going gay for a few episodes that sparks controversy. Now, news that Chuck Bass (Ed Westwick) will be sharing a gay kiss has hit the Internet and seems to have people worked up. Celebrity gossip blogger Perez Hilton reported, "Sources within the Gossip Girl camp say Westwick shares an on-screen smooch with Neal Bledsoe , who will play Josh Ellis , the head of freshman affairs at NYU." All of Hilton's postings about the plotline (reported to start in the season's sixth episode) since have incurred an onslaught of people commenting—some furious, and some relieved to see this representation of the LGBTQ community on the small screen. Some students are happy with this change, grateful that having a gay plotline on a show like "Gossip Girl" will raise awareness for the LGBTQ community. "It doesn't educate people on all the realities but a TV show is never going to educate people on the reality. I like that it normalizes and encourages questioning sexuality," says Kevin Magos , CC '12, a member of the LGBTQ and allied community at Columbia. For Magos, it's not a problem that Chuck (and other characters who have had this plotline) usually return to being straight after the arc is through. "I like that it shows that sexuality is fluid and not dichotomous," he went on to say. However, others think that having a character return to being straight makes being straight seem like the norm, a perennial problem for the gay community. "It's maybe creating ideas of what the gay community is that are unrealistic and perhaps affecting negatively students who might be LGBTQ, by seeing this character who is going back to being straight for whatever reason. They always go back. What does that say to a student?" said Laura Torre, CC '11 and former online editor of The Eye , a member of a Columbia LGBTQ group. Sam Preston, CC '12, agreed, saying, "It is negative for the fact that it portrays people as gay for just one month or just one episode. That's a really bad message. I really don't like the idea that you can be gay and then not gay. I consider it an identity—not a choice that can be switched." Whether or not the idea of the character returning to being straight seems problematic, many agree that simply showing a gay character is a step in the right direction. "It's a good first step. It's something we have that we can work with," said Magos. "It's awesome to normalize these things. We would not have had these sorts of things on a popular teen drama ten years ago," said Preston, who went on to add, "The point is that it's showing queer sexuality at all. It's a wonderful thing that it's there."