Tajbakhsh, Ph.D. '93, sentenced to at least 12 years in Iranian prison

Tajbakhsh, Ph.D. '93, sentenced to at least 12 years in Iranian prison 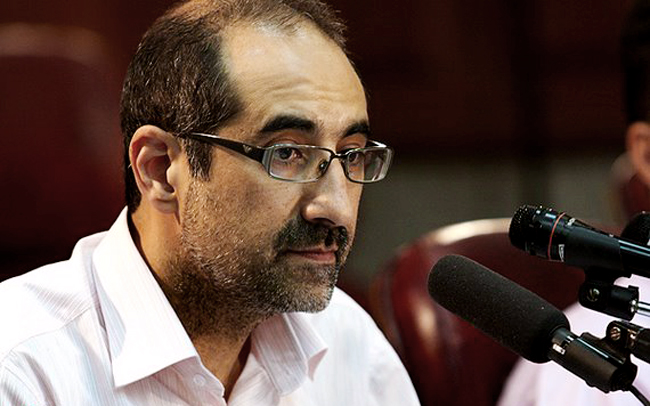 Kian Tajbakhsh, an Iranian-American urban planner who earned his Ph.D. at Columbia in 1993 and was scheduled to teach here this semester, was sentenced Tuesday to at least 12 years in Iranian prison.

The sentencing comes after his arrest this summer for allegedly fomenting a "velvet revolution" in light of the Iranian presidential election's turbulent aftermath.

In a Tuesday report, Islamic Republic News Agency—the Iran-controlled media outlet—quoted Tajbakhsh's attorney Houshang Azhari as saying that Tajbakhsh is sentenced to "more than 12 years." Azhari said he would give no further details lest he violate the law, but added that he would formally appeal the accusation that Tajbakhsh was "acting against national security." As the Associated Press noted, this process led journalist Roxana Saberi to her freedom.

Tajbakhsh's arrest is part of a prolonged attempt by President Mahmoud Ahmadinejad's government to subdue protestors who took to the streets after the election and claimed the results had been rigged in Ahmadinejad's favor. The sentence—reportedly the longest of those given to the 100 opposition figures on mass trial—accuses Tajbakhsh of being a threat to national security, working with George Soros' Open Society Institute—an organization Iran named a CIA operative, and being on the e-mail list of Gary Sick—a Columbia researcher whom Iran also connected with the CIA, according to the New York Times.

Tajbakhsh has been in solitary confinement in an unknown location since his July 9 arrest, when security guards ransacked his home, claiming that he had worked with employees of the British Embassy who allegedly helped fuel opposition to the June presidential election. Since then, images of Tajbakhsh testifying in a mass trial have circulated among the media.

State Department spokesman Ian Kelly told reporters that the U.S. is "deeply concerned" about the sentencing, according to Reuters. "Mr. Tajbakhsh poses no threat to the Iranian government or to national security. Given the groundless nature of charges against him, we call on Iran to grant his immediate release," he said. Secretary of State Hillary Clinton and the musical artist Sting have also appealed for Tajbakhsh's release since the arrest.

This July arrest came not long after Tajbakhsh had been granted freedom. In 2007, he was one of several Iranian-American scholars arrested in Iran, where he was held in solitary confinement at Tehran's Evin prison under charges of espionage and inciting revolution.

During this period of captivity, University President Lee Bollinger and John Coatsworth, dean of the School of International and Public Affairs, lobbied against Tajbakhsh's arrest. Tajbakhsh also had backers in the Open Society Institute, while supporters formed freekian.org to petition for his release.

Four months later, Iran released Tajbakhsh on the day Bollinger announced that Ahmadinejad would be speaking on campus. Tajbakhsh and his family first had to pay the equivalent of about $107,000 in bail money.

In the introduction to Ahmadinejad's speech, Bollinger extended an invitation to Tajbakhsh to become a visiting professor in the Graduate School of Architecture, Planning, and Preservation. Tajbakhsh was supposed to assume that post this semester after conducting research in Columbia's Global Center in Amman, Jordan.

Tajbakhsh had planned on moving with his family to New York to teach at GSAPP this fall, and the University is now calling for his release.

"As a university community unqualifiedly committed to freedom of speech and academic freedom, we protest the unjust arrest, trial, and now conviction of our fellow scholar Kian Tajbakhsh by a court in Iran," the University said in a statement. "It is unfortunate to repeat the call made two years ago for his release from a prior unjust detention. But on behalf of Prof. Tajbakhsh, his family, friends and fellow scholars, we now urge the government of Iran to overturn his conviction, withdraw his sentencing and allow him to return to his family and his academic career here in the United States."

As dean of GSAPP, Mark Wigley would be the prime beneficiary of Tajbakhsh's professorship. "Dr. Kian Tajbakhsh is a member of the faculty of this school of architecture. We are very proud of him," he said in a September video posted on freekian09.org, before noting that Tajbakhsh accepted the position long before political unrest erupted this summer. "If Kian was going to do any of the things that he's been accused of doing, he certainly would not have accepted this full-time academic position here in New York City." Wigley praised Iran's "architectural leadership," since "the global world that we share can simply not be thought about without thinking about the glories of Persia."

"We were therefore very proud that Kian becomes the first full-time Iranian scholar in this school," Wigley said. "I therefore respectfully but passionately urge that Kian Tajbakhsh be released and returned to his academic community here at Columbia University."

The White House is also condemning the arrest. "We express our deepest regret and strong objection that the Islamic Republic of Iran has sentenced Iranian-American scholar Kian Tajbakhsh to 15 years in prison," White House press secretary Robert Gibbs said in a statement, before assailing Iran for denying Tajbakhsh "the benefit of his own legal counsel" as guaranteed by "Iran's own constitution."