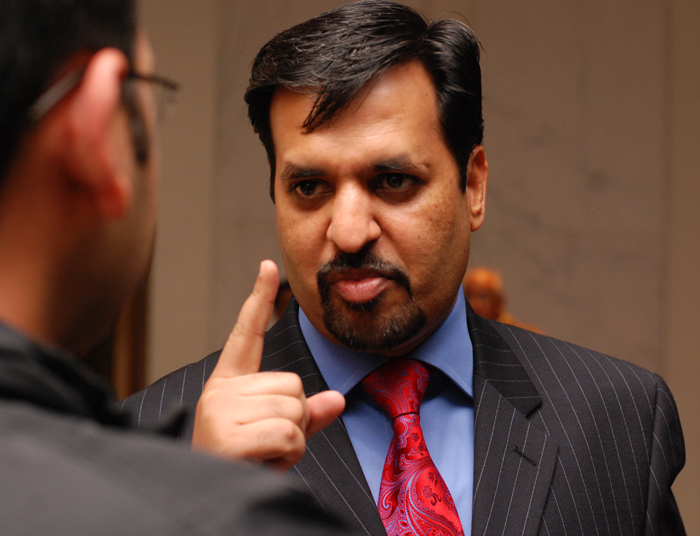 For Syed Mustafa Kamal, mayor of Pakistan's financial center of Karachi, a visit to New York revealed the familiar sight of commercialism but also a distinctly foreign governmental system. Kamal addresed a crowd of students and professors on Monday night as the second speaker in the Global Mayors Forum series held at the School of International and Public Affairs. During the event, which was co-sponsored by Columbia University's South Asian Association and SIPA's Urban and Social Policy Concentration, Kamal described the challenges associated with running his city. The Global Mayors Forum series aims to examine urban policy challenges that global cities face in the 21st century as well as to expose Columbia students to international conversations among global leaders, SIPA Dean John Coatsworth explained. Kamal's experience is rather different than that of most American mayors. In a city that is politically volatile yet economically evolving, he does not control public services such as police forces, utilities, and transportation, and he must contend with an intricate central bureaucracy. Many of the issues he has tackled as mayor, such as terrorism and international aid, are traditionally more relevant to leaders governing nation-states rather than city officials. Karachi generates 68 percent of Pakistan's economy and is home to 18 million people as well as the country's only two ports. As a result, Karachi's integral role in Pakistan's economy has thrust Kamal onto the national and international stages. It is a difficult balancing act, Kamal noted, to oversee the day-to-day operations of a city in a country straddling conditions of violence and peace. Kamal's speech resonated with the crowd. "The fact that Mayor Kamal is included in the series shows that Karachi is considered a major metropolis," SIPA student Arif Kamruddin, a Pakistani native, said. Kamruddin noted that Kamal runs a city in which there are daily suicide bombings, and he is responsible for ensuring that the city runs smoothly in spite of terrorism threats and his limited control of city utilities. Aalia Kamlani, a second-year SIPA Master of Arts student, said, "We hear about Pakistan in the news, but we never hear about what's actually going on the ground. Hearing about the direct grassroots experiences in Pakistan is enlightening." But others were unconvinced by Kamal's optimistic outlook on the city. "The mayor should have discussed what core issues people [in Karachi] complain about and how to solve them," said Farwa Zafar, who graduated from SIPA in 1984 and is now an independent democracy analyst based in Islamabad. Still, Zafar praised the discourse that the forum fostered among students, professors, and Kamal. "People-to-people contact like this is the way to prevent 'trust-deficit,' which undermines [the] U.S. and Pakistan relationship" and also robs people of "an opportunity ... to meet others from all political sides," she said. news@columbiaspectator.com