Columbia professor is academic by day, screenwriter by night

Columbia professor is academic by day, screenwriter by night 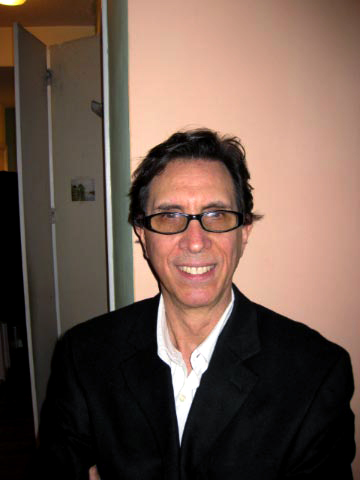 It is comforting to know that your professor is bringing his experience into the classroom, but it is even better when he is coming in right off the job. Loren-Paul Caplin is a writer who demonstrates that continuing to work while teaching can inform a professor's coursework. His history as a writer also confirms that one form of writing can bleed into the next—he was a published poet while attending the University of California, Santa Barbara, for religious studies and drama, but his work transitioned into theater and screenwriting as he searched for more expressive narrative forms. In Los Angeles, he wrote musicals and screenplays, but, inspired by theater, foreign cinema, and the independent film scene, he moved to New York. He worked on the production of one of his plays at the Long Wharf Theater, and upon arriving, he felt that he was "coming home." Though he knows students need to be savvy with character and structure, he believes that strong themes can carry stories even further. "There's something very special about telling stories," Caplin said, "and I find that Columbia students are very thematically oriented." Only recently was his screenwriting workshop moved from the creative writing to the film department. The goal of the class is to show students the demands of screenwriting and how they can lay out their innermost emotions and thoughts in a screenplay structure. "And then they can work a 100,000 drafts and get it right," Caplin said. Caplin still works in film and is writing and directing movies that "hopefully in a hundred years will still work." His recent written works include the independent short film "Brothers," directed by Fernando Scarpa, and the self-directed film "The Lucky Ones" (2003). He is currently working on a project about the mythical story of Orpheus, set at a modern music festival, and is also writing his first prose book, using screenwriting techniques. Caplin has a powerful drive to keep working while he teaches. He shared his reasoning: "I find that to the degree that I'm in the trenches doing the work, that I'm a better teacher. ... I get in the zone where I'm in the sweet spot, and I can help students learn how to solve their stories in teaching."