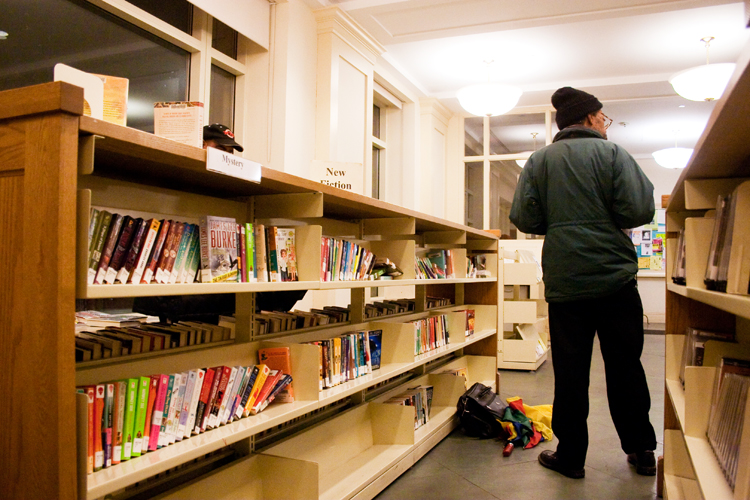 Due to the recession, New York public libraries across the board have been hit with cuts. As a result, branches are closing up early and limiting services.

Library lovers may have to start frequenting other places for more time with their books. The New York Public Library announced in early February that it would reduce hours at two-thirds of its 87 locations, the most drastic change made since 2001 in the aftermath of Sept. 11, 2001, according to NYPL administrators. Put into effect on Feb. 16, this reduction comes on the heels of a $5.9 million mid-year cut for Fiscal Year 2010. Library hours have been scaled back from an average of 51 to 45 hours per week. "We have worked very hard to maintain as many services as possible in these economic times," New York Public Library President Dr. Paul LeClerc wrote in a press release. He said that in the wake of the announcement, library administrators "are struggling to sustain the high level of service our patrons have come to expect." Local changes have been minimal—a four-hour weekly reduction was made for the Morningside Heights branch on 113th Street and Broadway. But branch manager Thaddeus Krupo said their light reduction was a fortunate one, as other branches in Manhattan were hit much harder by the cuts. "We're so heavily used," Krupo said, explaining why the branch may have been less affected than others. Krupo also noted the library's training lab consisting of several dozen laptops available for public access, a unique feature to the Morningside Branch that he says lends itself to the branch's importance. New York Public Library administrators said that a host of factors were taken into account when determining the libraries' respective new hours of operation. They particularly took into consideration branch locations, peak hours, and demographics. Some widely-used branches did not experience cuts. "The goal is to make this as painless as possible for each individual branch," said New York Public Library public relations manager Angela Montefinise. But despite what might seem to be minimal changes to the Morningside Heights Branch, the adjustment may not be an easy one for everyone. "I think it's dreadful," Carol Iannone said of the change. "I work at home all day, so I can only come to the library at certain hours. It's important that the library is open more—not fewer—hours." Others have raised specific concerns about the library opening an hour later each day than it did prior to the change. "I work for the American Cancer Society, and do my work here since I also work with Columbia students involved in the group Colleges Against Cancer," Myrna E. Duarte said. "It's going to be harder to come here now since I sometimes work here in the mornings." Some say these cuts will have negative implications for specific groups of people, among those being poorer residents who utilize the library as one of their few sources of education, as well as the elderly who may not have access in their homes to some of the technology that a library can offer. "The library is the sole source of internet access for some elderly residents in the district," Vernon Ballard, co-chair of Community Board 9's Youth, Education & Libraries Committee, said. "Now a vital service that's free and provided by the city is being cut." Montefinise said that while she is unsure of what exactly the budget plan for Fiscal Year 2011 will look like, the NYPL is hoping that the city council can restore some of the funds. But these may not be the end of the cuts in hours of operation, administrators say. "The unfortunate reality is that more cuts loom on the horizon, and unless there are substantial changes to City and State financial plans, we will be forced to make extremely difficult choices over the next two years," LeClerc wrote in a press release. kim.kirschenbaum@columbiaspectator.com