Why the Pulitzer Prizes still matter

Why the Pulitzer Prizes still matter 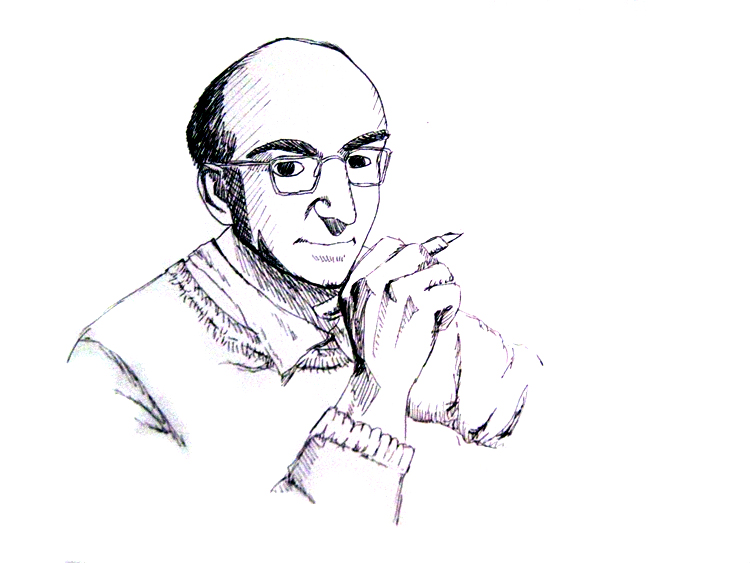 For a student of journalism or U.S. history—or for someone who's just concerned about America's future—this is a meaningful week on the Columbia University campus. Not that many people are aware of anything particularly remarkable going on in the journalism building—indeed, the activity there is part of a 93-year-old ritual steeped in secrecy: the selection of the winners of the Pulitzer Prizes in journalism. This is the week in which scores of editors, reporters, and academics from around the county convene as jurors, going through more than 1,000 entries in pursuit of finalists in 14 categories. A distinguished 19-member Pulitzer Prize Board then takes over, which leads to an announcement in the building's historic "World Room" on April 12—setting off celebrations in newsrooms coast-to-coast. A quaint, old-fashioned process, you may think, in this day of information flashing onto cell phone and computer screens, and much of that material then being reprocessed by cacophonous commentators and bloviating bloggers. And you'd be partly correct. Newspapers have remained at the center of the Pulitzer process since 1917, when the first awards were presented at Columbia under terms outlined in the will of press pioneer Joseph Pulitzer. With papers in precipitous decline in this new century, fewer journalists with the potential to break big stories are found in the media. But much of the news that makes a difference in our lives—and stirs up those commentators—still originates with newspapers or online outlets, which may also enter the Pulitzer competition as long as they aren't part of a magazine or broadcast organization. And the Pulitzer Prizes mark the very best of that work. Nationally, it was a Boston Globe team that revealed the extent of the sexual abuse of youngsters by Catholic priests, sparking the Church to end its cover-up, for example. And Washington Post reporters Dana Priest and Anne Hull told us about the need to improve shockingly bad conditions at the Walter Reed Army Medical Center. In 2003, the Globe won the coveted Pulitzer Prize for Public Service for its work, and the change it wrought, while the Post was honored with the same Prize in 2008. Locally, reporters covering the beat at city halls, police stations, and court houses keep digging up great scoops—and their work, too, is being considered by the Pulitzer jurors this week. In that sense, the Pulitzer Prize selection process going on so quietly in the journalism building is symbolic. Most of the serious reporting that eventually rivals the results of a Walter Reed exposé similarly takes place outside the spotlight, where Priest and Hull spent months in painstaking interviewing, fact-checking, and preparation of their powerful articles with editors. My desire to tell stories behind the stories—of more recent projects like the Washington Post's and Boston Globe's, as well as some dating to the earliest days of the Pulitzer—led me to write "Pulitzer's Gold: Behind the Prize for Public Service Journalism," a book that's just out in an updated paperback edition. In more than 30 years as a reporter with the Wall Street Journal and the Economist Group, I had learned that very little was understood about how reporters got these "stories of a lifetime." Interviewing the reporters and their editors gave me a good sense of that, which came together in a book designed for journalism students in particular, and news junkies and American history buffs in general. Researching the older Pulitzer winners and background on the Pulitzer Prize process, I became a denizen of the Columbia library system, digging through the microfilms and rare manuscripts that helped me capture the drama. It was a historian's dream. There, the front pages of the old Boston Post taught me about Charles Ponzi's fraudulent scheme, the discovery of which won the Pulitzer for that paper in 1921. Simply holding the blue-bound book containing the Washington Post's Watergate entry from 1973 was a special thrill, topped only by having Bob Woodward and Ben Bradlee later share their experiences with me personally. This week, I'm back on campus, talking to journalism classes about lessons to be learned from these experiences in Pulitzer-winning. In the 93 years of Pulitzer history, there is much of value for today's reporters, editors, and, yes, bloggers—lessons about tenacity, skepticism, thoroughness, and the motivation to serve the public. And lessons, perhaps, about what our society loses as fewer journalists, from fewer news organizations, dig into stories with the skill of a Dana Priest and an Anne Hull. Meanwhile, up in the journalism building, future lessons are taking shape, as the jurors meet behind closed doors. We'll know about those on April 12. The author is a journalist and author living in Hingham, Mass.