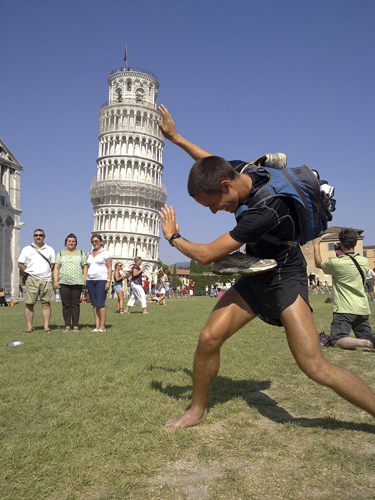 Ryan Johns, CC 09, crossed Europe in a bold 2,542 mile trip using just the bare essentials. Along the way the former architecture major took in the major sites from across the continent, making his way from Amsterdam to the Tower of Pisa to his ultimate goal, the Parthenon.