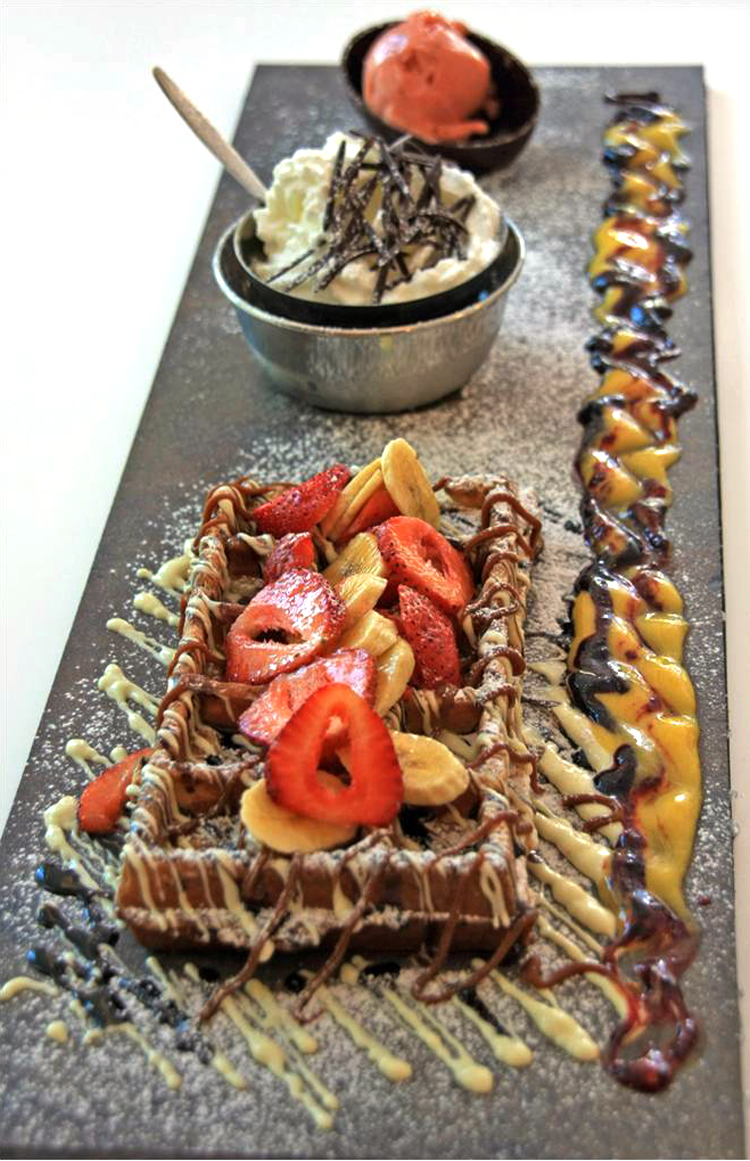 While there's nothing like munching something naughty while watching a good movie, it's never a good feeling to hand over $5 for a pack of M&M's—especially when gourmet treats are available for the same price or less. In particular, Lincoln Center is a hot spot for great desserts, and the area happens to house both AMC Loews Lincoln Square 13 for feature films, and Lincoln Plaza Cinemas for art-house flicks. Bouchon Bakery, on the third floor of the Time Warner Center at Columbus Circle, will fly taste buds nonstop to Paris. It's difficult to forget about the tiny but extravagant "fugheddaboutit" ($3.25), a Rice Krispies treat layered with caramel, covered with milk chocolate, and topped with sea salt. The crispy rice gives the "fugheddaboutit" a crunchy texture, and the mixture of sweetness and saltiness reaches perfection. Macaroons, priced at $3, seem like some of Bouchon Bakery's most popular items. The passion fruit coconut macaroon has a light, tangy crust with a thick, creamy coconut filling. Madeleines are another specialty. Although a dubious shade of green, the pistachio madeleines, at $1 each, possess a fluffy cake-like consistency, and a rich but not overpowering pistachio flavor. While gelato seems like a tricky dessert to sneak in a pocket or purse to eat during a movie, Screme Gelato Bar (between 69th and 70th streets on Broadway) is well worth a visit before or after a film. Made fresh daily, Screme's gelato is some of the best, and perhaps most unique, gelato in the city. Their flavors, which differ every day, can be followed on Twitter, and include Nutella Brownie, Fresh Fig, Key Lime Vodka, and Banana Bread, along with other, more conventional flavors. This gelato feels so rich that a single scoop, priced at a lofty $5, will likely be all that students desire. Try the Snickers gelato, a cool creamy chocolate base sprinkled with crunchy, salty peanuts. When students are anywhere close to Levain Bakery (74th Street and Amsterdam) their noses will be able to lead them the rest of the way. Levain is famous for their six-ounce cookies—chocolate chip walnut, dark chocolate chip, oatmeal raisin, and dark chocolate peanut butter chip. They come fresh from the oven every thirty to forty-five minutes. Priced at $4, students might want to share these cookies, not just to save money, but also to avoid a chocolate coma. The chocolate chip walnut is Levain's most popular flavor, with a simply utopian chocolate chip to walnut ratio. Indeed, this ridiculously decadent dessert will make Chips Ahoy a last resort. If "Hot Tub Time Machine" isn't enough of a draw to Lincoln Center, perhaps the lure of freshly made French pastries, gelato, or chocolate chip cookies will do the trick.