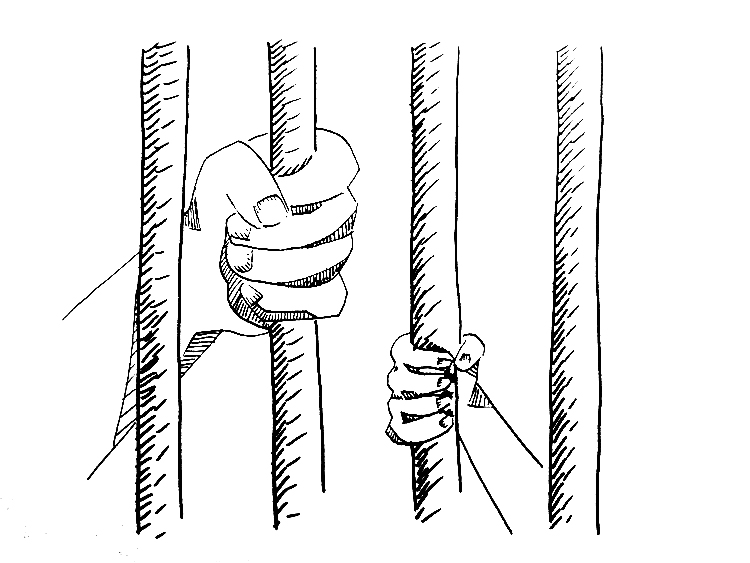 Only location and time separate Martin Luther King Jr. and Rosa Parks from Palestinian political prisoners Mohammad Othman, Jamal Juma', and Abdallah Abu Rahmah. The mainstream media consistently portrays Palestinian resistance to the Israeli occupation as violent, but this is a gross misrepresentation of reality. Nonviolent struggle has been the primary form of resistance since the earliest days of the Israeli occupation, and continues to be the way in which an overwhelming majority of Palestinians resist the occupation and confiscation of their land. Like other movements for freedom and self-determination, the nonviolent resistance has its share of leaders—though, due to the media's lack of coverage, you've probably never heard of Othman, Juma', and Abu Rahmah. These men are some of Palestine's Gandhis, and because of international silence about their nonviolent resistance, they have paid a heavy cost for their struggle. Last year, Othman was jailed without charge by the Israeli army, and was allegedly tortured repeatedly before being released without conviction. Just a few months ago, Juma'—a coordinator of the Stop The Wall campaign, which seeks to halt the illegal apartheid wall being built through the West Bank—was also arrested without charge, while the Israeli army ransacked his organization's offices. During his imprisonment, he was also subjected to inhumane treatment and eventually released without charge. And recently, Abu Rahmah was arrested in his home in the middle of the night, on the comical charge that he possessed weapons—those weapons being an art display of spent tear gas canisters shot at his village by the Israeli army. These men are not unique in Palestine. The reality of living under occupation is that children's going to school and farmers' plowing their land are acts of everyday resistance. Palestinians are forced into this circumstance, due to the illegal occupation and colonization of the West Bank, the Gaza Strip, and East Jerusalem by Israel for over 40 years, and the creation of a complex set of Israeli-only roads, meant to service a large network of Jews-only illegal colonies which strategically occupy the region's prime agricultural and water resources. Those networks of colonies and roads, as well as the Apartheid Wall that snakes through the West Bank, ensure that Palestinians are left to live on the crumbs of a state—enclosed in ghettos—while Israeli colonists steal land, water, and resources that are rightfully Palestinian. Nonviolent resistance has been a cornerstone of the Palestinian struggle against Israeli apartheid, but Israel has used aggression to crush the peaceful resistance methodically, and Palestinian conditions have only worsened. Perhaps, one reason is that the rest of the world has sat by silently as these peaceful protesters have been killed, jailed, or tortured. Today, Israel holds 6,831 Palestinians in its prisons—306 of whom are children. They are held in prison only for political reasons, as hundreds of Palestinians are held indefinitely without charge in administrative detention. In recent years, the Israeli army has also attacked international activists—it killed an American citizen protesting a home demolition, and almost fatally shot another for protesting against the Apartheid Wall. Ignorance about the baseless arrests and torture of political activists only makes it easier for Israel to continue persecuting the Palestinian people. April 11 to 17 marks Palestinian Political Prisoner Week, in support of the nonviolent protesters currently being detained by Israel. Please join Students for Justice in Palestine on Tuesday, April 13, for a talk on nonviolence, to recognize these Palestinian political prisoners and find out how you can help to support freedom for Palestinians. Dayana Khatib is a student in the School of General Studies, Alaa Milbes is a student in the Graduate School of Arts and Sciences, Fatimah Rimawi is a Barnard College sophomore, Matt Swagler is a student in the Graduate School of Arts and Sciences, Randa Wahbe is a student in the Mailman School of Public Health, and Maryam Zohny is a student in the School of International and Public Affairs. These students write on behalf of the Students for Justice in Palestine.