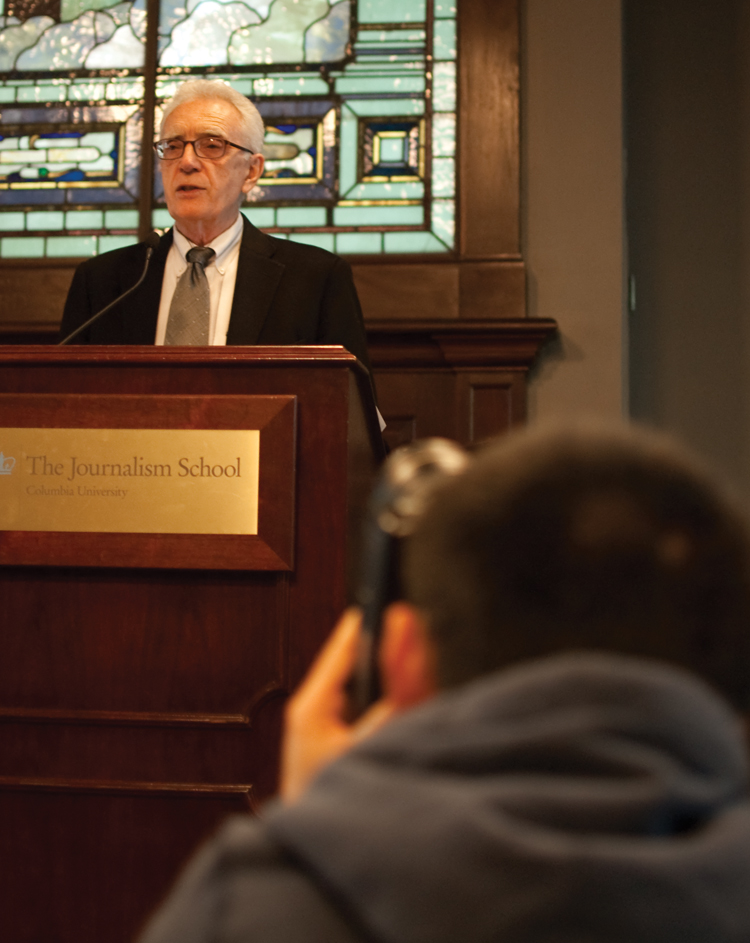 The Internet secured itself a prevailing role in news media on Monday, reeling in one of journalism's most coveted prizes for the very first time.

ProPublica, an independent, non-profit online newsroom, was the first online organization to win a Pulitzer Prize, which was announced at Columbia's Journalism School on Monday afternoon at a ceremony for the 94th annual Pulitzer Prizes in Journalism, Letters, Drama, and Music.

Pulitzer Prize administrator Sig Gissler, who commenced the announcements and later elaborated on the winners, said that ProPublica's model represents a mode of journalism that will become increasingly influential, as fewer resources for investigative journalism remain available at the disposal of news outlets.

"This is something we're going to see more of in the years ahead because there's going to be more and more collaboration of news entities when it comes to enterprise journalism," he said, referring to the collaboration between ProPublica and the New York Times Magazine.

In addition to ProPublica's online win, an entirely online entry won in the category of cartooning for the first time. The award was given to Mark Fiore, for his self-syndicated animated cartoons that appeared on the San Francisco Chronicle website.

But while the Internet did score a victory this year, up from zero awards last year, it still lags behind its more conventional counterpart—newsprint. The Washington Post racked up the most Pulitzers, amassing four for its work in Feature Writing, Commentary, Criticism, and International Reporting. It won double the number that the New York Times won, not counting the Times award won in conjunction with ProPublica. Though winning multiple awards is considered an impressive feat in journalistic circles, some consider this a slight upset to the publication, which won five last year and had a record-setting seven in 2002 for its 9/11 coverage.

From a thematic standpoint, articles about natural disasters did not dominate the awards this year, as they tend to do, but rather dealt with more "down-to-earth matters," Gissler said.

Other news publications that won Pulitzers included the Seattle Times, the Philadelphia Daily News, the Milwaukee Journal Sentinel, the Dallas Morning News, the Des Moines Register, and the Denver Post.

Gissler said that, despite journalism's continuously shifting ways as new models are explored and older ones are revamped, traditional newspapers still remain a shining beacon for reporting.

"It's been a tough time for newspapers the last few years, but amid the gloomy talk, I think the winners and finalists are encouraging examples of the high quality of journalism across the nation," Gissler said.

And though journalistic modes change and adapt to the times, watchdog journalism—a form of investigative reporting intended to hold public officials and institutions accountable—continues to pervade reporting, Gissler said, as evidenced by the many winners this year who produced content in this category. Among those he cited were articles produced about the contamination of hamburgers, the hazardous use of cell phones while driving, and parents who accidentally killed their children by leaving them in their cars.

He added, "Watchdog journalism is still a vibrant force in the United States that would make Joseph Pulitzer proud."