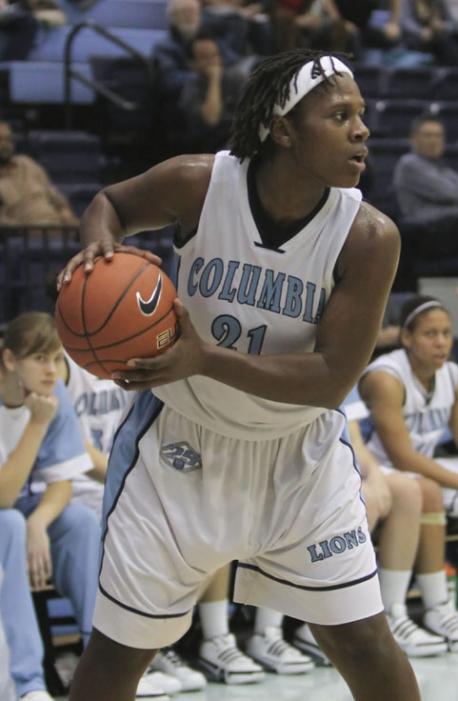 The Columbia women's basketball team will compete without the services of junior forward Judie Lomax next season. According to Columbia Athletics, Lomax has signed a contract with the Connecticut Sun, one of the 12 teams in the Women's National Basketball Association.more
Lomax ended her Columbia career in style, being named the 2009-10 Ivy League Player of the Year as well as earning a spot on the All-Metropolitan Basketball Writers Association first team and All-American honorable mention status. She also became the first NCAA Division I women's basketball player to lead the nation in rebounding for two consecutive seasons, averaging 14.3 boards per game as a sophomore and 14.2 as a junior.
Lomax had had one semester of eligibility remaining at Columbia before joining the Sun. Her departure, combined with the Lions' losses to graduation, leaves three holes in Columbia's starting lineup following its most successful season in program history. [Columbia Athletics]