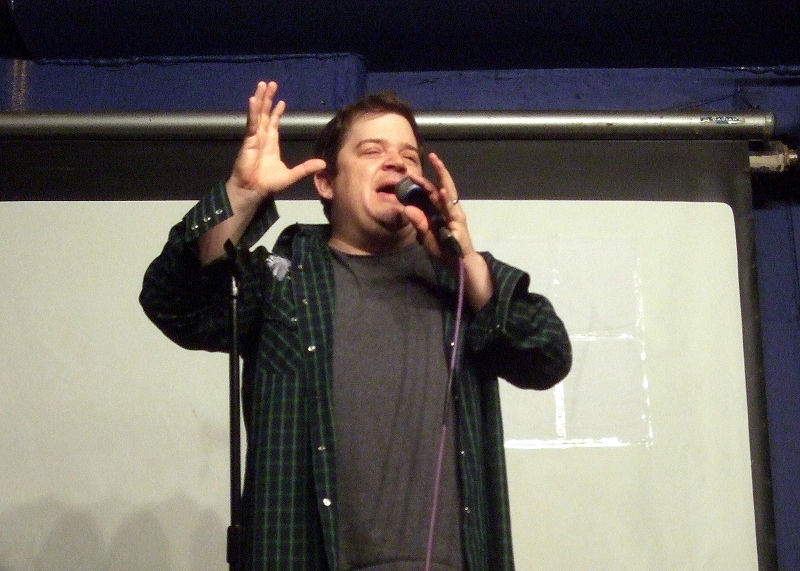 Behold, the power of the Internet! This morning, GS valedictorian Brian Corman was accused of lifting part of his Class Day speech from comedian Patton Oswalt's "Physics for Poets" routine. Oswalt has taken to his Twitter in reaction to online tips. Video of GS Class Day has been made private on Columbia's YouTube page, but Corman's speech is still available via webcast on the Commencement 2010 page. (Download his speech for RealPlayer here and Windows Media player here.) Corman's speech begins at the 42:27 mark and the anecdote begins at 47:42. Update, 1:46 p.m.: The University has put the GS Class Day video back on its YouTube channel with an apology (reprinted below) as an annotation to the video. Update, 3:18 p.m.: Patton Oswalt's latest tweet: "How do I add a pic to a Tweet? Columbia issued an apology and misspelled my name." Oops. Update, 3:46 p.m.: Oswalt updated his website after Corman apologized to him, saying that he "flat-out admitted his thievery, his stupidity. Owned it all. Good man." But the comedian didn't let him off that easy, writing, "Still makes me wonder what he might have done to become valedictorian—I mean, if he's willing to steal material for something as inconsequential as a speech, how rubbery did his boundaries become when his GPA and future career were on the line? Oh well." Update, 5:00 p.m.: GS Dean Peter Awn's separate statement, similar to the YouTube annotation:

It has come to our attention that a portion of our Valedictorian's remarks at this year's School of General Studies Class Day was taken from a comedy routine by Patton Oswalt.  As an institution of higher learning that places a core value on respect for the works of others, we were surprised and disappointed to have learned of this matter today. Columbia University and the School of General Studies do not condone or permit the use of someone else's work without proper citation. The student speaker has appropriately issued an apology to his classmates and to Mr. Oswalt for failing to provide such attribution. Peter J. Awn Dean Columbia University School of General Studies

Not clear whether this means the University has spoken with Corman, or how else (or what else) they know about his apology. Keep checking back for further updates.