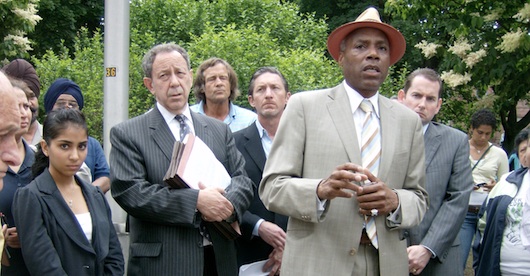 From left to right: Aman Kaur, daughter of Singh gas station owners; David Smith, attorney for the Singh family; Tom DeMott, CC '80 and member of the Coalition to Preserve Community; Nick Sprayregen, owner of Tuck-It-Away Self-Storage; and State Senator Bill Perkins at a press conference after Tuesday's hearing in Albany.