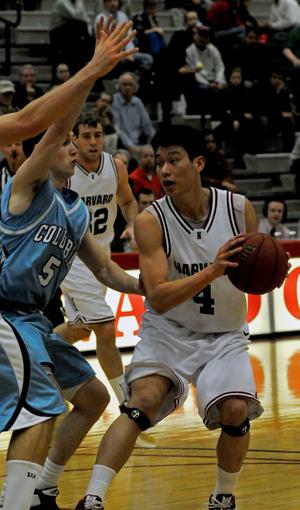 Recent Harvard graduate Jeremy Lin is expected to sign a two-year deal with the Golden State Warriors, according to ESPN, making him the first Ivy League player in the NBA since 2002. Lin wasn't picked in the draft, but he impressed during his time on the Dallas Mavericks' summer league team, even going toe-to-toe with No. 1 overall pick John Wall. Lin hasn't been the only Ivy player featured in this year's summer league, though.more Cornell grad and Ivy Player of the Year Ryan Wittman played for both the Celtics' summer squad and for the Knicks' (though they spelled his name incorrectly on his jersey). Outside the class of 2010, two other former Ivy players have appeared on summer league rosters. Brian Cusworth, Harvard '07, was on the Hornets' squad, while Penn alum Ibby Jaaber suited up for the Lakers. Other Ivy players have found professional success outside of the NBA. Wittman's classmates Louis Dale, Jeff Foote, and Jon Jaques have all signed with foreign teams. Columbia's own Jason Miller, CC '09, and K.J. Matsui have made their mark abroad as well.