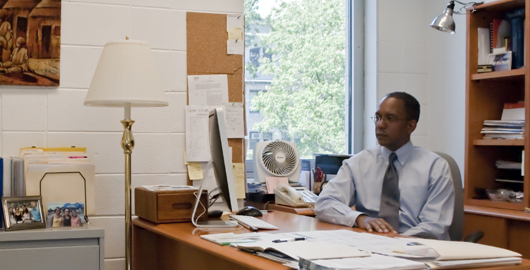 Kevin Matthews has served as the executive director of Columbias Double Discovery Center for the past year. Under his tenure, the program has experienced a loss of staff and financial resources. He hopes to make the best of the transition.