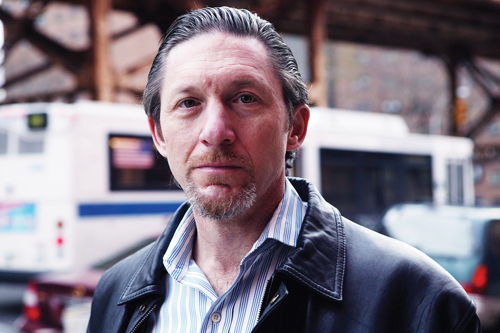 The remaining property holdouts in Columbia's planned campus expansion area are asking the U.S. Supreme Court to hear their case—a step that could take this years-long battle to the highest and final judicial arbiter in the country. Today is the deadline for the attorneys of private property owners Tuck-it-Away Self-Storage owner Nick Sprayregen and gas station owners Gurnam Singh and Parminder Kaur to submit a petition for a writ of certiorari—a document that a losing party files with the Supreme Court to request that it review a lower court's decision. If the court granted certiorari for these property owners in Manhattanville, this would become a landmark case, joining the few other eminent domain battles that have made it to the Supreme Court and set precedents responsible for shaping property laws all over the country. The petition for a writ of certiorari is intended to explain to the Supreme Court why the case should be heard. Sprayregen's attorney, Norman Siegel, and Singh's and Kaur's attorney, David Smith, who have been working on the petition for several months, have sought to explain in the document why the most recent court decision, which cleared the way for the University's $6.3 billion project, was flawed. "We're trying to persuade the United States Supreme Court that the New York State Court of Appeals decision endorsed an abuse of eminent domain that violates fundamental constitutional rights, which, if allowed to stand, will violate the rights of property owners," Siegel said. This move comes on the heels of a ruling in June in which the Court of Appeals declared that eminent domain—the process by which the state can seize private property for "public use" in exchange for market-rate compensation—can be used to obtain private properties in the area. That ruling—a major victory for Columbia as it prepares for its planned 17-acre campus expansion—overturned a surprising decision last December by the New York State Supreme Court, Appellate Division, which had declared eminent domain for the project illegal. "I think that they [the Court of Appeals] really shirked their responsibility to impartially and comprehensively examine all of the issues," Sprayregen said. "They rendered a decision with virtually no insight into the real issues and they just rubber-stamped the decision of the state." Among other arguments put forth in the petition for certiorari, Siegel and Smith alleged due process violations—their clients were never offered a trial, they said, given that New York eminent domain law does not provide for a trial prior to the case reaching the Appellate Division, as most other states do. The attorneys also honed in on the landmark 2005 Supreme Court ruling in Kelo v. City of New London­—in which the Supreme Court ruled that land could be transferred from one private owner to another through eminent domain to promote economic rejuvenation—and said that the case might necessitate a second look. "The Kelo case was a 5-4 decision where Justice [Anthony] Kennedy's vote was the determining factor," Smith said. "Many of the factors that he wrote about that caused him to vote for the eminent domain plan would, we think, cut the other way in our case, and this might be the opportunity for them [the Supreme Court] to revisit the subject." Yet the odds that the Supreme Court would agree to hear the case are incredibly small. The Supreme Court has the unique authority to choose its docket—cases cannot simply be heard as a matter of right, but rather are managed through a cert pool, a highly selective process by which thousands of petitions for certiorari are reviewed each year. From those thousands—which are eventually narrowed down by the justices' law clerks—the justices choose which ones to review via the "Rule of Four," in which four of the nine justices must agree to grant a writ of certiorari. Columbia law professor Thomas Merrill said that it's unlikely the case will be heard, but added that there has been a lot of attention surrounding eminent domain, which could help. "The odds are slightly better than the average case given the subject, but overall the chances are pretty low," he said. Siegel and Smith echoed Merrill's assertion, arguing that by virtue of the increasing discussion of eminent domain—particularly since the 2005 Kelo ruling—the time may be ripe for another eminent domain case to be heard. "The numbers are against us—any time you apply for certiorari, it's a long shot," Smith said. "But because this case involves eminent domain, because New York's law is markedly different than every other state's in the union, and because there's been a decent amount of case law that has come down in the five years since Kelo, perhaps more guidance is needed from the Supreme Court in connection with eminent domain." But the public controversy surrounding Kelo could influence the Supreme Court's decision, Merrill said: "I think the court was probably taken aback by the reaction of Kelo." Siegel said that despite the statistical data suggesting the sheer unlikelihood of the Supreme Court taking the case, he is confident. "Generally, the Court takes about one percent of the cases [in which a petition for a writ of certiorari is filed]," Siegel said, explaining that last year over 8,000 cases were filed and only approximately 80 of those cases were granted cert. "But eminent domain has become a more and more important issue for the American public and the people of New York, and therefore we're hoping that we have more than a one percent chance." The Empire State Development Corporation—the state body that, in December 2008, approved the use of eminent domain for the University's Manhattanville project—declined to comment, citing its policy on not commenting on pending litigation. Columbia, which maintains that it is not a party in the case, also declined to comment. Sam Levin contributed reporting. kim.kirschenbaum@columbiaspectator.com