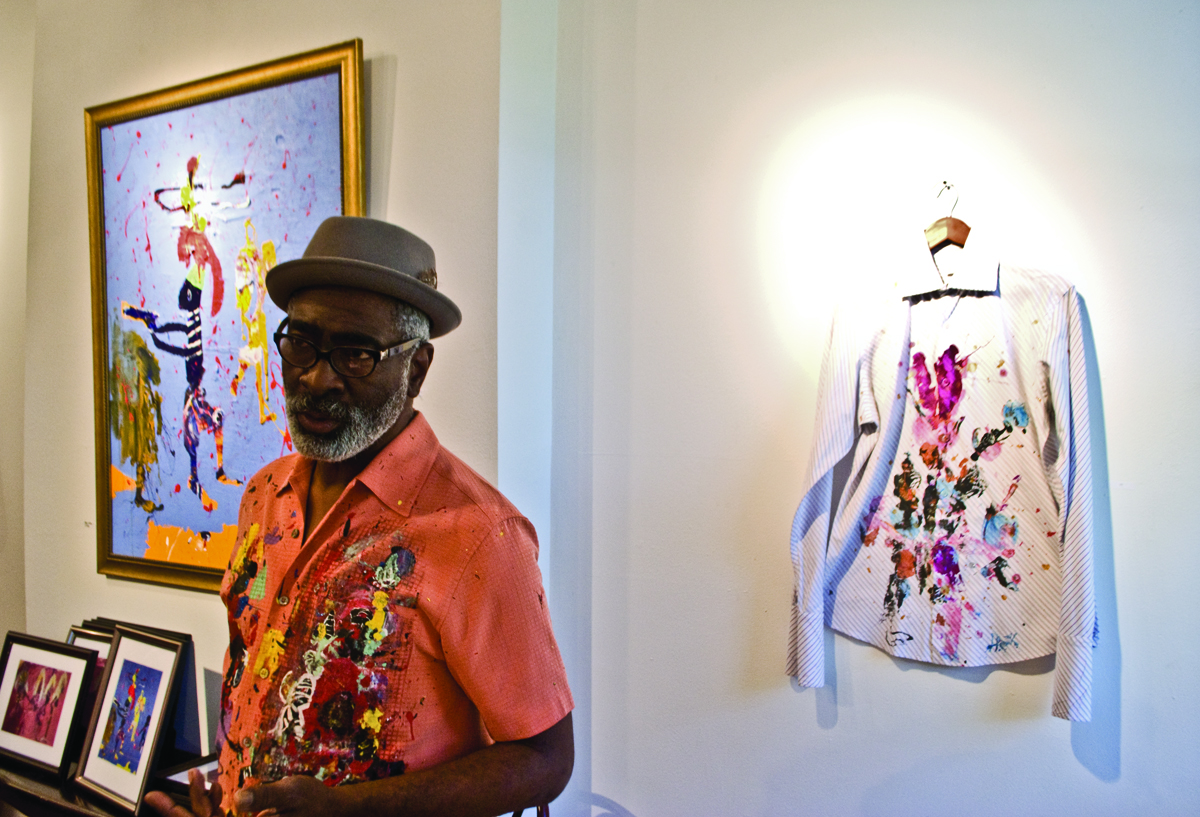 Thomas Heath Gallery and its owner, artist Thomas Heath (above), participated in the Harlem Art Walk.

If Chelsea is the grand dame of the New York art scene, then Harlem is the up-and-coming ingénue. Harlem's emerging artists and old favorites create an art community that is fresh and less cutthroat than the downtown scene. This weekend, Casa Frela Gallery (47 West 119th St.) sponsored the Harlem Art Walk—an event featuring a number of Harlem's favorite brownstone art spaces within a two-mile radius. The gallery was the starting point of the tour and featured blue etchings by Erich Erving, GS '06, among works by other artists. From there, visitors could continue along a path of galleries marked by a red poster with a white footprint. Fashion Institute of Technology graduate Lawrence Rodriguez, owner and founder of the Casa Frela Gallery, described the Harlem art experience as "sharing." The Art Walk started based on simple dialogue between artists. "I knew a lot of the artists. People told other people. We shared information," Rodriguez said. Much of Harlem's talent is concentrated here rather than in Chelsea, because the artists preferred a community that was more about collaboration than competition. Thomas Heath from the Heath Gallery (24 West 120th St.) experienced the frustration of not being able to show his work downtown, and said that many other Harlem artists felt the same way. Established in 1992, Heath Gallery was opened in the hopes that it would be more inclusive and less elitist than gallery spaces in other parts of the city. The Art Walk celebrates the rich tradition of Harlem's artistic past, with works inspired by the Harlem Renaissance and African-American history. Troy Johnson is the president of the African American Literature Book Club, and his Troy Johnson Gallery (64 West 119th St.) featured a collection of portraits of African-American icons by photographer Marcia Wilson. At the Indigo Arms Guest House gallery (181 Lenox Ave.), it was clear that many Harlem-based artists don't just look close to home for inspiration, but take on broad issues of American society and culture. Roderick Perry (also known as Orin Ink) from Indigo Arms used a simple marker to draw a crowd of people with dollar signs instead of eyes, commenting on capitalist America by suggesting that the pursuit of wealth is all people can see. Another drawing explored the concept of unity in a community—geometric figures were physically connected to one another by shared limbs and other body parts. The Art Walk featured a range of pieces with different mediums, styles, prices, artists, and buyers. Despite this diversity, the tour let the long-standing neighborhood identity that makes the Harlem community unique show through. Even though Harlem is just hitting its stride as a New York art epicenter, Rodriguez said, "Harlem is a legacy."