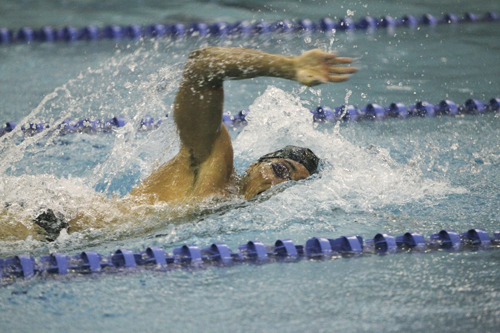 Senior freestyler Adam Powell has aspirations to compete in the 2012 Olympics after a finishing up his season and degree here at Columbia.