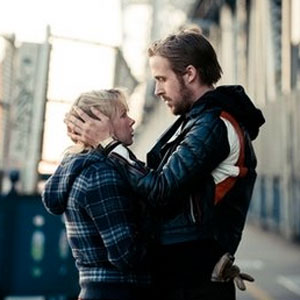 Oscar buzz is growing—nominations for the February 27th ceremony are revealed tomorrow night. The event, hosted by the uncontroversial Anne Hathaway and former Columbian James Franco, promises to be, well, as tepid as every other Academy Awards. And while the ceremony may rely on the same bad jokes and the same emotional speeches, the movies involved have not gone without their share of controversy. Take Derek Cianfrance's Blue Valentine and Darren Aronofsky's Black Swan—two films garnering attention for something a little different.

But what causes the MPAA to give films this slap on the hand? Gratuitous violence? The Saw and Hostel series make millions slicing babes in half and pulling out eyeballs out of their sockets. Yet all of the films got away with R-ratings. What is it really all about? Sex. But not just any kind of sex.

In Black Swan (SPOILER ALERT), Natalie Portman's character Nina imagines her rival Lily (played by Mila Kunis) going down on her after a night of drinking and drugs – but at various points during their lovemaking, Lily's face morphs into Nina's. The scene is a complete fantasy, just one of Nina's crazed delusions.

Luckily, executive producer Harvey Weinstein saw MPAA treating of Blue Valentine as a grave injustice and hired two top-tier lawyers (one of which represented Al Gore in Bush vs. Gore) who successfully repealed the NC-17 rating.