Bring math to the Core

Bring math to the Core 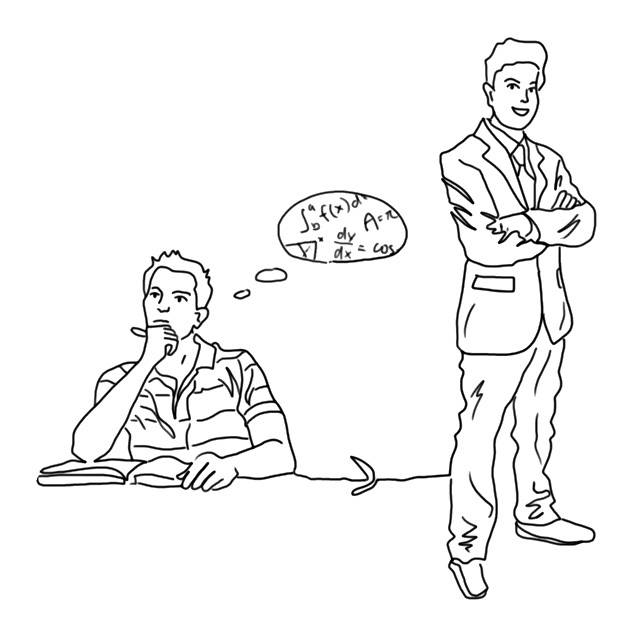 Problem-solving skills, the most useful types of knowledge one can possess, are best acquired through rigorous math courses. Math is the only subject that is studied in all countries in the world and at all levels of education—it is a basic pillar in the teachings of all other subjects. The reason math has such a universal presence is that it is a powerful, concise, and unambiguous language whose expression is consistently the same, save some notational differences. Because of math's universal importance and the critical thinking skills it fosters, mathematics courses should be given a special place in Columbia's Core Curriculum. Instead of having three science requirements, the university should have one math requirement and two science requirements—because, after all, math is indispensable to most science classes. Problem solvers are the most successful people in life. Since life is about constant confrontations and conflicts, those equipped with strong problem-solving skills will have higher resolution rates in the real world. Through weekly problem sets, students train their minds to develop methods of critical thinking in order to most efficiently solve the problems and obtain reasonable solutions. This skill is one that transcends its use in the realm of mathematics and applies to daily life. In the book "Gödel, Escher, Bach: An Eternal Golden Braid," Douglas Hofstadter says that the basic capacities of intelligence are enhanced by the study of mathematics, and after the successful resolution of the first problem, that sense of accomplishment becomes an addictive phenomenon that propels mathematical discovery. I believe that every Columbian should experience at least a semester's worth of that addiction. It seems extraordinary to me that Columbia students can graduate without ever taking a math course. Schools like the University of Chicago have a math requirement for all students because they understand the value of the mathematical language for any other scientific study, or even for popular majors such as economics. But most importantly, the University of Chicago refuses to allow its students to obtain a diploma without some familiarity with a language that they will use for the rest of their lives. When I asked current University of Chicago sophomore Travis Benaiges what he thought about Columbia's policy, he said, "I can't believe that Columbia, a school known for a core as rigorous as ours, lacks any mention of mathematics as necessary for graduation when indeed it is the core of science and is therefore more fundamental than science itself." Albert Einstein, who was a math failure in his early years, said, "Do not worry about your problems with mathematics. I assure you mine are far greater." As it turns out, Einstein had to resort to mathematics to prove his influential theories and in fact confessed that it was mathematics and not physics that allowed him to invent and discover, construct and conclude. Sure, not everyone's brain is wired to easily understand numbers and their properties, but everyone should at least try to know basic calculus, especially since we have a University Writing course that some students could claim their brains aren't easily wired for either. The truth is some people don't like to write as much as others don't like to derive, but both the art of writing and the art of problem solving are instrumental and necessary for a successful and enriched life. Students should be acquainted with math to analyze daily life situations, such as whether it is better to buy or lease a car based on the rates of interest, how to best put one's money to work by looking at simple versus compound interests and managing accounts, how the returns of stocks work, how to communicate data visually, and numerous other applications that math sheds light on. By excluding math from the core, Columbia is sending a dismissive message about the importance of the skills math offers students and is indirectly categorizing it as less valuable to an undergraduate experience than courses on writing, literature, and culture. The author is a Columbia College sophomore.