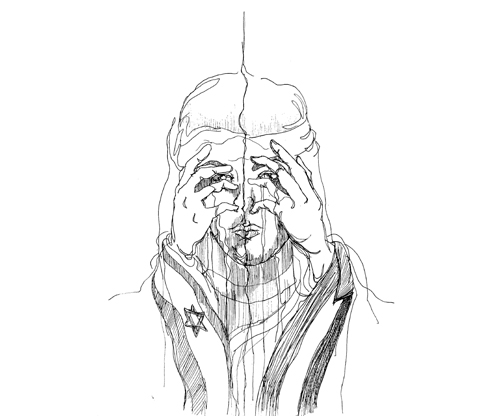 Feb. 28 to March 11 marks the second annual Israeli Apartheid Week (IAW), held by Columbia Students for Justice in Palestine as part of the international week of solidarity with the Palestinian people. The information presented in our IAW programming is not conjured by C-SJP or other Palestine solidarity groups, but confirmed by figures who have pointed to Israel an apartheid state, including Jimmy Carter, Nelson Mandela, Archbishop Desmond Tutu, Arun Gandhi, and Israel's Minister of Defense Ehud Barak. The concept of "apartheid" was created as a response to the systematic discrimination in South Africa, but was not intended to be exclusive to this case. According to Article II of the United Nations International Convention on the Suppression and Punishment of the Crime of Apartheid, the term "apartheid" applies to "inhuman acts committed for the purpose of establishing and maintaining domination by one racial group of persons over any other racial group of persons and systematically oppressing them." According to the provisions of Article II, Israel is guilty of executing a multitude of these acts, including: infringement of freedom or dignity, arbitrary arrest, the creation of living conditions that would cause the destruction of part or entire racial communities, legislation which prevents full racial participation, division of racial population into ghettos, expropriation of property belonging to racial groups, and persecution of organizations and persons because they oppose apartheid.

A critical examination of Israeli policy is necessary but impossible in a short editorial piece—which is why C-SJP hosts Israel Apartheid Week to highlight the state's discriminatory policies. In the interest of brevity, Israel's apartheid policies can best be exemplified by its treatment of the Palestinians living within Israel proper. Israel discriminates against its Palestinian minority—20 percent of the total population—by corralling them in ghettos, tying social benefits to military service in the Israel Defense Force, denying jobs to those without military ID, allowing landlords to rent to Jews only, effecting unequal marriage laws, and denying certain purchasing rights of property in the country to non-Jews. Furthermore, municipal services such as street lighting and trash collection are only provided in Jewish areas, and Jewish schools receive four times as much federal funding as Arab schools, which are often kept segregated. According to Amnesty International, 8,000 Palestinians are held in Israeli jails, which is made possible by Israel's 1979 Emergency Law that states individuals can be held without charge "if the Israeli police or army find that reasons of state security or public security require that a particular person be detained.'" Even Israel's identification card system is segregated, as markers are used to distinguish Jewish citizens of Israel from Palestinian, Christian, or Muslim citizens. Most recently, Israeli legislators are working to remove Arabic as one of its official national languages, even though it is the native language of the land. They are also trying to pass a law that criminalizes Israeli citizens for supporting the Palestinian Civil Society call for Boycott, Divestment, and Sanctions against Israel and speaking out against apartheid.

Israel is an apartheid state according to legal definition, but it doesn't take legal expertise of international law to understand that what is happening to the Palestinians is anything but apartheid­—it just takes a simple examination of the situation. Hoping to blur the lines of ethics, some might like to call the conditions complicated. But Columbia students must be more critical. Racism, colonialism, and settler-states are not complicated and in fact have existed systematically for many years.

C-SJP's objective in hosting international Israeli Apartheid Week is not to debate whether Israel is practicing apartheid, as this is a fact already substantiated by the international community, but rather to expose Israel's deeply discriminatory policies. We hope to give our community not only the opportunity for knowledge, but encourage critical engagement with the world as we work together to dismantle the systems of oppression that our tax and tuition dollars fund.