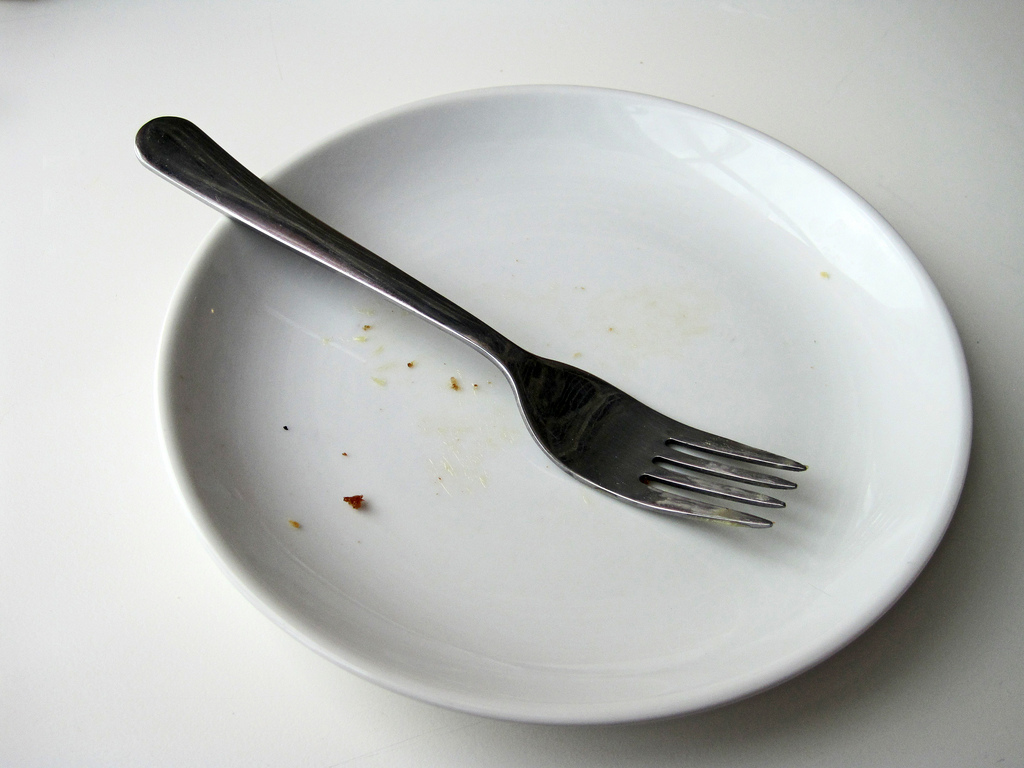 When you walk into a room and see Jeff Adams, you already know he's a big guy. He is the left tackle on the football team's offensive line, so you'd expect him to be. But have you ever thought about what an offensive lineman eats to stay that way? Well, it's a lot. On a typical day, the 6-foot-7, 300-pound Adams will eat six to eight meals for a total of 4,500-5,000 calories. Of course, he's not going to have a grandiose sit-down meal every time, but he does eat something about every two hours for a reason. "My goal is to keep my metabolism moving, constantly digesting food so that I'm not really hungry," said Adams. So what does this lineman do for those six to eight meals a day?more Wake Up---(2) Servings of Oatmeal Adams wakes up at about 8:30 a.m. and makes himself two servings of oatmeal to kick-start that metabolism before his first class. Breakfast---(3-4) Eggs, (1) Serving of Fruit, (2) Greek Yogurts When he gets back, Adams makes himself some eggs, grabs a piece of fruit and has one of his favorite things. "I'm a big fan of Greek yogurt, I've always got Greek yogurt in my fridge." Snack---(2) Greek Yogurts, (1-2) Servings of Nuts Typically, Adams will eat these yogurts a little before he leaves for his second class at 1:10 p.m., and will take the nuts, usually peanuts or pistachios, to snack on while learning. Lunch---(1) Sub Sandwich, (1-2) Servings of Fruit On his way back from class, Adams picks up a sub that's usually turkey or grilled chicken. He goes light on the toppings, with cheese, lettuce, tomatoes, and not much else. He'll also eat some sliced cantaloupe or pineapple for fruit. Protein Shake---Lift---Protein Shake This magical threesome begins at about 4 p.m., when Adams goes for his workout. He drinks a shake before lifting for energy, and then one after to replenish the calories and help build up muscle. Dinner---(1) Burger OR (1) Serving of Chicken, (1) Salad, (1) Serving of Potatoes, (1) Serving of Vegetables Obviously, dinner is the time when Adams really goes in on the food. A burger, salad, some potatoes, and veggies sound like enough for an entire day for most of us, but Adams isn't done quite yet. Snack---(1) Small Sandwich For his after-dinner snack, Adams will have either a peanut butter and jelly sandwich or a turkey sandwich to keep his metabolism going. Protein Shake To finish off the day, Adams drinks one last protein shake before going to bed. Even though that's a lot of food, Adams is always conscious of what he's eating. "It's important that I eat as healthy as possible," Adams said. "If you look at a medical record, for my body weight and my height, I'm already considered obese. So I've got to be really careful with what I put in my body." Whether or not it's football season also has an effect on Adams' diet, as in the off season there is simply more time. "During the season, anything I can get my hands on is what I eat," said the two-time first team all-Ivy member. "It's not the healthiest way to go, and it's probably not the best for performance, but I'll eat a lot more less-healthy things just to keep my weight up." When it's game day, Adams changes things up a bit. The team eats its pre-game meal about four hours before kickoff, and he scales it down to not get caught up with butterflies. "I've always been one to shy away from eating too much before a game," Adams said. "I'll only eat a serving of eggs, some toast, and a plate of potatoes, nothing more than that." The real pre-game preparation meal comes at dinner the night before. "It's more important to me, getting all my energy the night before and then going to sleep," he said. "There's always a pasta, there's usually two or three different kinds of meat, some mashed potatoes. Then they give us a snack, later, usually Boston Market. A half chicken, mashed potatoes, and mac 'n cheese." Now that's something, a Boston Market meal for a snack. But after the game is when he really chows down to recover. "Oh, I always have a huge dinner," Adams said. "Most of the time my parents are in town, and we'll go out to eat a big steak dinner. That's the best." Even though Adams sticks to a pretty regimented diet, every once in a while he gives in and indulges. "Pizza's just a high-calorie, useless meal that I love to eat," he said. "Once every two weeks I order a late-night Papa John's pizza; every once in a while you just need your crappy food." So that's how Columbia's starting left tackle eats. If I were you, I wouldn't try that diet at home.