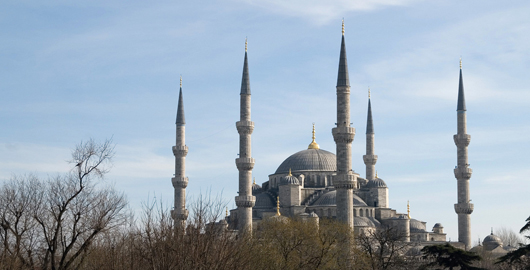 Columbia administrators congregated in Istanbul, Turkey, last week to hold discussions and plan for the global center they expect to launch there in the fall. The Istanbul location will be Columbia's fifth global center, joining the existing centers in Paris, Beijing, Amman, Jordan, and Mumbai, India. The centers serve as satellite research facilities that will host students, part of an ongoing effort by the University to expand its global reach. But funding, space, and leadership issues still need to be addressed before the Istanbul center can open its doors. Last week's conference brought together scholars from Columbia and major Turkish universities, including Sabanci, Koc, and Bogazici. Its Columbia attendees included University President Lee Bollinger, Vice President for Global Centers Kenneth Prewitt, the directors of the existing global centers, members of the Faculty Steering Committee for the Istanbul center, and other professors and deans. They spent three days in panel discussions and meetings aimed at solidifying the plans for the global center. "These global centers have to be thought out really carefully. Where we decide to have a global center, how we structure it, and the success of this global center depends very largely on the connections we build with the academic community, and with the alumni community that support it," said Safwan Masri, a Columbia Business School professor and the director of Columbia's global centers in the Middle East. He said that one goal of the conference was to establish a dialogue between Columbia and the academic community in Turkey. "We don't want to just show up in Istanbul in the fall and open up the center," Masri added. Karen Barkey, a professor of sociology and history as well as the chair of the Faculty Steering Committee on the Turkey center, said that last week's conference, hosted by Istanbul's Bogazici University, showed the center's potential. "What the Wednesday Bogazici University conference demonstrated to everyone involved was the degree to which the two scholarly communities are already attuned to each other, the very high level of academic discourse, the rich intellectual debates that will await us," Barkey said. The two panels were "How Do We Teach History?"—moderated by Barkey—and "The Role of Policy Centers (Think Tanks) in Policy Making"—moderated by Prewitt—and included panelists from both Columbia and Turkish universities. "In both of these panels, we explored the comparative issues of how such questions are addressed in the U.S. and in Turkey and the variety of possible areas of research and public engagement that they warrant, not just as potential topics that the global center would engage, but more importantly as examples of how we would hope to engage the two communities, the Turkish and American, in many different areas of expertise," Barkey said. Barkey noted that these subjects are not necessarily representative of what will be studied at the Istanbul center. "The projects, the academic research areas, the practical collaboration that will happen will be determined by what our and their faculties have as possible research interests," Barkey said. Masri emphasized the "network effect" of the global centers, which by working together and in conjunction with Columbia's main campus in New York would provide what he called a richer experience for students. Masri added that Turkey's unique position between the East and West makes it the perfect place for a new center. "The Middle East center that's in Amman covers the entire Arab world plus Israel, Turkey, and Iran," Masri said. "But we've had discussions for a couple of years now about having a separate smaller center in Istanbul, given a great level of interest by the faculty in Turkey and the fact that Turkey is really a large country, that's both a bridge between East and West and is sort of part of the Middle East and part of Europe and neither." Three more global centers, in Kenya, Kazakhstan, and Brazil, are also on the horizon for the University. In a recent interview, Bollinger said he was more persuaded than ever that global centers will work better for Columbia than the full-service branch campuses that other universities, like New York University, have adopted. "The desire within the community from faculty and I think from students is very strong for trying to take advantage of the centers to learn about the world, work on the world," Bollinger said. "I do believe this is the right strategy for globalization." news@columbiaspectator.com