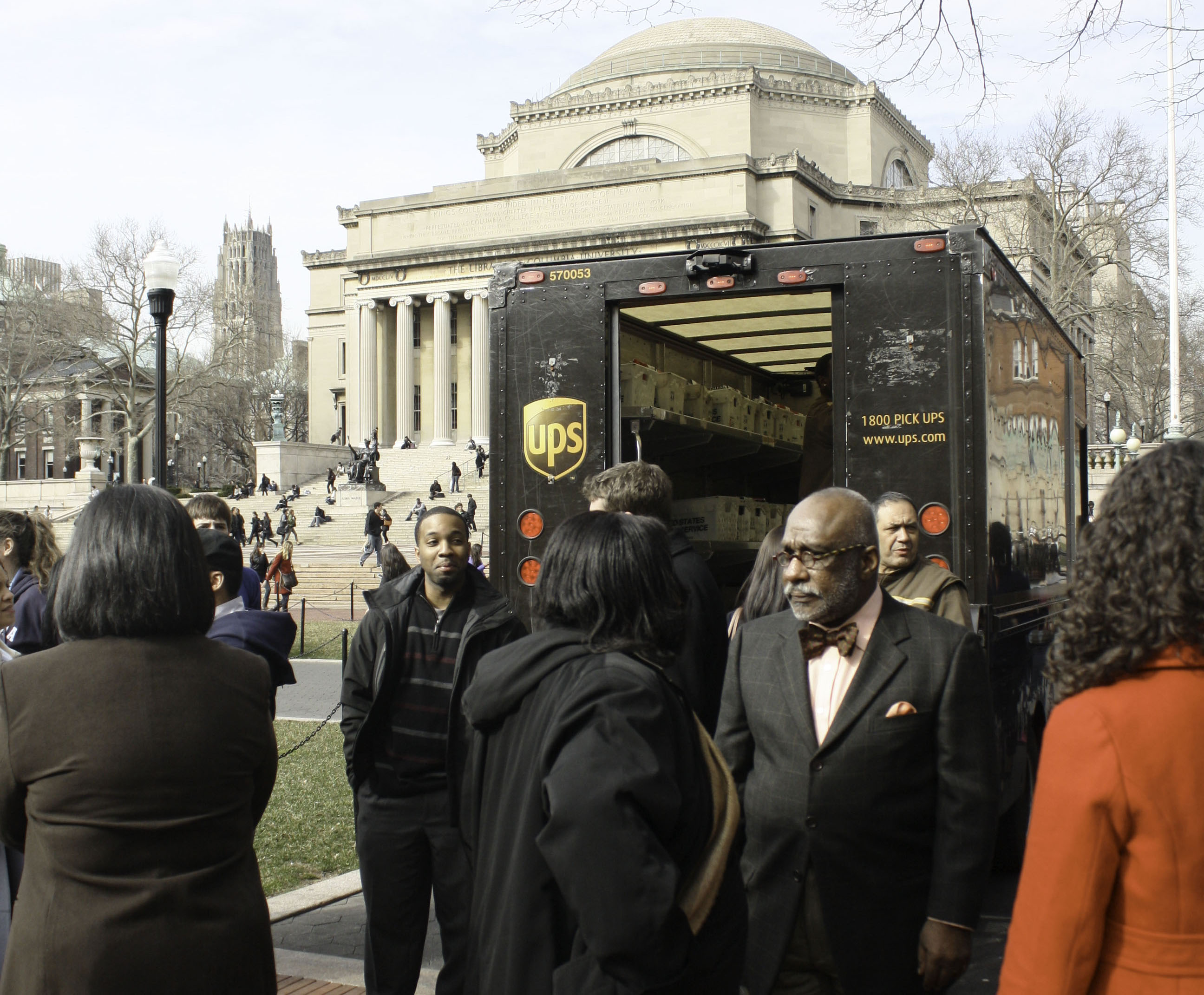 The admit rate for Columbia College dropped to its lowest point ever—just 6.4 percent for the class of 2015, University officials announced on Wednesday. The School of Engineering and Applied Science admitted 9.9 percent of applicants, translating to an overall admit rate of 6.9 percent for the two schools—lower than the the most competitive rate in the Ivy League last year, which was Harvard's 6.92 percent. Those numbers represent a significant drop from last year, when the College admitted 8.3 percent of applicants and the combined admit rate for CC and SEAS was 9.2 percent. Dean of Undergraduate Admissions Jessica Marinaccio called it "our most selective admissions cycle ever." "By virtue of our continued commitment to outreach and access, an increasing global awareness of Columbia's reputation, and our new membership with The Common Application, we anticipated and were prepared for an increase in applications," she said in a statement. Almost 35,000 students applied to Columbia College and SEAS, a 33 percent increase over last year. Over 3,000 more students applied to the College this year than applied to the College and SEAS combined last year—a spike which may be partially due to Columbia's switch to the Common Application. Columbia had a lower admit rate for the class of 2015 than Yale University, which offered admission to 7.35 percent of applicants; Princeton University, which admitted 8.39 percent; and Stanford University, which admitted 7.1 percent. None of those schools' admit rates dropped more than half a percent from last year. Harvard University announced on Wednesday that it accepted 6.2 percent of applicants. The increase in selectivity is consistent with numbers released last December, when Columbia officials said that the early decision admissions cycle had also broken a record with 3,217 applicants—up from 2,983 the year before. In a recent interview, University President Lee Bollinger downplayed the importance of the year-to-year admissions numbers. "I do think there is a tremendous overemphasis on selectivity as a measure of academic greatness," Bollinger said. "It's one good feature, but I certainly don't take pleasure in turning down 92 percent of everybody who applies. It has to be kept in perspective." Regular decision applicants could access their admissions decisions online at 5 p.m. on Wednesday, and decision letters were ceremoniously sent out that afternoon. On campus, students said they had mixed reactions to the new numbers. Kelly Wu, SEAS '14, said she was amazed at the 6.9 percent acceptance rate, although she had expected a drop from the Common App. "It's very convenient now to be like, 'Hey, why not apply to this school?'" Wu said. Kellie Foxx-Gonzalez, CC '13, said that the lower acceptance rate is a reminder that Columbia is always competing with other schools to attract and accept the smartest applicants. "I don't know if it makes us more prestigious, but it definitely makes us look more prestigious," she said. Sammy Roth and Karla Jimenez contributed reporting. sarah.darville@columbiaspectator.com