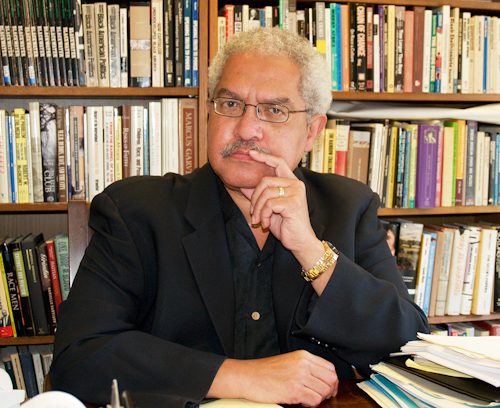 Manning Marable, the founding director of Columbia's Institute for Research in African American Studies, died this Friday at age 60. Marable's death came just days before the release of his long-awaited biography of Malcolm X, the last of Marable's many works on the African-American identity and race relations in the United States. Malcolm X: A Life of Reinvention chronicles the life of the black rights activist and offers a theory regarding his unidentified assassin—just one example of the professor's passion for African-American history. Yet his focus on academia was never without practical concern, his wife, Leith Mullings, said. "He believed in the unity of theory and practice and the unity of scholarship and activism," Mullings said. Marable's contributions to Columbia began with his role as a professor of history and political science in 1993. In his first year at Columbia, Marable founded the Institute for Research in African-American Studies, serving as its chair for the next 10 years. "He was interested in creating a new paradigm at Columbia, a kind of history that was, as he described in the title of his book, a 'Living Black History,'" Mullings said. "He saw history as something that was living and as something that was practiced, something from which we can move forward." The Institute became a national and international center for scholarship, and in 2002, Marable established the Center for Contemporary Black History at Columbia. Notable for its production of Souls, the quarterly academic journal of African-American studies, the center worked on projects regarding race and criminal justice at a national level. But what was most important to him was the human side of the Institute, which allowed him to increase the number of black faculty in the arts and sciences and form a meaningful connection with the Harlem neighborhood. "He was able to create the institute, hire black faculty, fund black graduate students. All of that meant a lot to him," Mullings said. Marable earned a B.A. from Earlham College in 1971, a master's from the University of Wisconsin-Madison in 1972 and a Ph.D. in American history from the University of Maryland in 1976. Over the next three decades, he wrote over 275 scholarly articles and numerous books. He went on to teach political science, history, sociology, economics, and African-American studies at a host of universities since the 1970s. He was the director of ethnic studies programs at various schools, including Fisk, Cornell, and the University of Colorado, and he served as the chair of the Department of Black Studies at Ohio State University in the late 1980s. For over 20 years, Marable battled sarcoidosis, a lung disease, while continuing work in the name of social justice until his death—even giving frequent lectures at Sing Sing Prison in New York as part of a master's degree program for prisoners. "Even in the throes of his illness," said Professor Farah Griffin, the current director of the Institute for Research in African-American Studies, "he continued to teach, write, and lecture whenever he could." Like Mullings, Griffin remarked on Marable's active spirit as a match to his dedicated scholarship. "Professor Marable was a force of nature," Griffin said. "He supported the struggles of people oppressed by insidious forms of racism, sexism, homophobia, and poverty. He was most especially concerned with the plight of poor and working peoples." Colleagues noted that his commitment to civil justice reached far beyond the gates of Columbia. "He wanted his body of work to be an important contribution to the black freedom struggle," said Griffin, "which to him was a major dimension of struggles for justice and human dignity worldwide." news@columbiaspectator.com