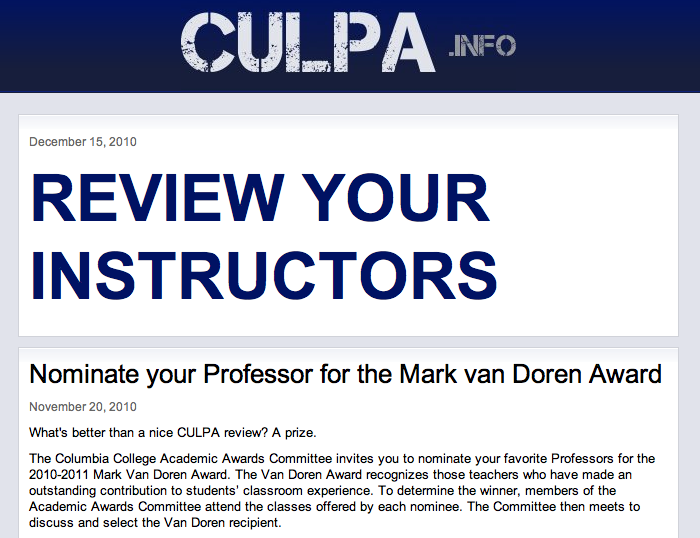 Last week we brought you the inside scoop on Team CULPA, and now that class registration is in full swing, we're back with more information about the site itself. The editor we interviewed was kind enough to send along some statistics for the website, with results both expected and surprising.

The most-clicked professor is none other than the fictional Ted Mosby, but he's followed (I'm sure very closely) by the absolutely real Sunil Gulati. In fact, a majority of the most-viewed professors come from the econ department, itself the second most-viewed department page. The math department also seems popular—it has received some of the most reviews and Professor Nam Le makes the list for most-clicked. Professor Sala-i-Martin makes several appearances on the list—of course, he's always been one for appearances with all those crazy sport coats—and Deborah Mowshowitz is counterintuitively one of the most reviewed professors. If there's only one option for intro biology, you'd think people would forget about reviewing the class ...