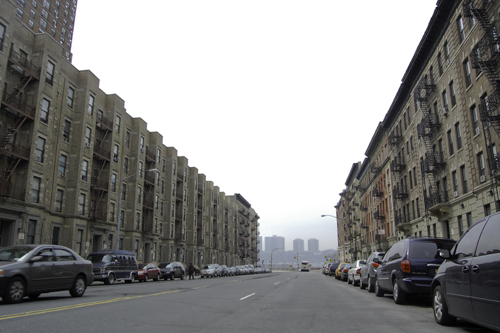 The elevator hasn't worked for months, but that's only one of the complaints residents have at what was once the Pennington Hotel. The former hotel—one of many single room occupancy buildings on the Upper West Side—now houses permanent residents and about 50 homeless men as part of a transitional shelter operated by Volunteers of America and the New York City Department of Homeless Services. According to residents of the 168-unit building at 316 West 95th St., the owner has been neglecting maintenance to focus on profit-making schemes for years. The city forced him to stop operating the building as an illegal hotel in 2007, and DHS moved in a few months ago to operate the transitional shelter. Since then, residents said all the former problems—including broken elevators, roaches and bedbugs, and lack of security—have returned. "Even though we had been talked about and written about, everything went back to normal," said one resident who has lived at the Pennington since the 1990s, referring to media coverage surrounding the hotel in 2007. "He has been trying to come up with one venture after another." Fearing eviction, residents asked to remain anonymous, but they said conditions at the Pennington have become unbearable. According to records from the city's Department of Buildings, no violation was issued after a Feb. 1 complaint stating that the elevator in the seven-story building had been out of service since Dec. 14, 2010. A resident of the transitional shelter said that the owner promised to have the elevator operable by March 15, but it's still undergoing repairs. "Historically, SRO tenants face a lot of harassment at the hands of their landlords on the Upper West Side," said Marti Weithman, director of the Goddard Riverside SRO Law Project, which provides organizing and legal services to tenants of SRO buildings on the Upper West Side. Weithman said the Law Project, one of several programs run by the Goddard Riverside Community Center, has been working with tenants at the Pennington to resolve the problems they have with their living situation. As for the owner's decision to bring the homeless shelter into the building, "It wasn't cool that he didn't OK it with the tenants that are already here," said one resident, who described herself as having lived at the Pennington for a "long time." The owner did not respond to multiple requests for comment. DHS also did not respond to requests for information about the building. A resident of the transitional shelter said there are two security guards there 24/7, but the longtime resident said there are times when she doesn't see security around, usually late at night—which is also when people often crowd the steps outside the entrance. According to the shelter resident, the environment there is generally safe, and most of the people housed in the transitional facility are working or receiving disability or unemployment benefits. "It's not like there's a fight in there every day. It's sporadic," he said, adding that some fights are inevitable because some of the single occupancy rooms house two people. But when fights do break out, security isn't always effective, a friend of the resident said. "There was an argument between two residents," the friend said. "The security guards didn't know what to do. One called the police." One resident said unsanitary conditions and questionable security have led some tenants to move out recently, which Weithman said is often an SRO building owner's goal. "It's very common for us to see, in a number of SRO buildings, landlords cutting off heat and water or shutting down an elevator in order to force residents out," she said, adding that city contracts can be more lucrative. The low rent keeps people from moving or speaking out against the owner of the Pennington, but conditions aren't getting any better, said the resident who has been living in the building since the '90s. "At the end of the day, we are collateral damage," she said. "It's just been one crazy circus freak show." gina.lee@columbiaspectator.com