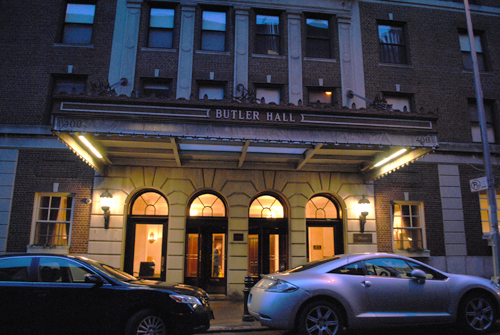 After 36 years in business, Terrace in the Sky has finally shut its doors. Called "the fanciest restaurant in Morningside Heights" by the New York Times, the rooftop spot had hosted decades of graduation toasts, birthday celebrations and political dinners. But the legendary French-Mediterranean restaurant is no longer operating out of Butler Hall on 119th Street and Morningside Drive and has vacated the premises, University spokesperson Dan Held confirmed on Monday. That move follows months of legal woes for the restaurant. The Morningside Heights Restaurant Corporation, which operates the restaurant, filed for Chapter 11 bankruptcy in March, citing the general decline in the restaurant business from the economic crisis. Amy's Bread, Con Edison, Progressive Insurance, and the New York State Department of Labor were among the restaurant's creditors. The largest creditor in its bankruptcy filing was its landlord, Columbia. According to documents submitted to the New York Bankruptcy Court, the restaurant owes the University $87,000, and University Trustees sued the restaurant for failure to pay rent. Under the Chapter 11 reorganization plan, the restaurant was able to stay open. But in May, the trustees filed a motion to force the restaurant to vacate the property, claiming that Terrace in the Sky was occupying "valuable commercial space," adding that it was "unfair and prejudicial for the debtor to continue to occupy the premises and conduct its popular restaurant and catering business without paying rent." Lawrence Morrison, the lawyer representing Terrace in the Sky countered by demanding an extension of its stay through Sept. 21. After four hearings, the case was dismissed in August and Morningside Heights Restaurant Corporation was ordered to pay all outstanding debts. Christopher Bernic, the owner of Terrace in the Sky, couldn't be reached for comment on Monday. Morrison did not respond to requests for comment. abby.mitchell@columbiaspectator.com

Terrace in the Sky Butler Hall