Columbia plays up connections to city in bid for M'ville funding

Columbia plays up connections to city in bid for M'ville funding 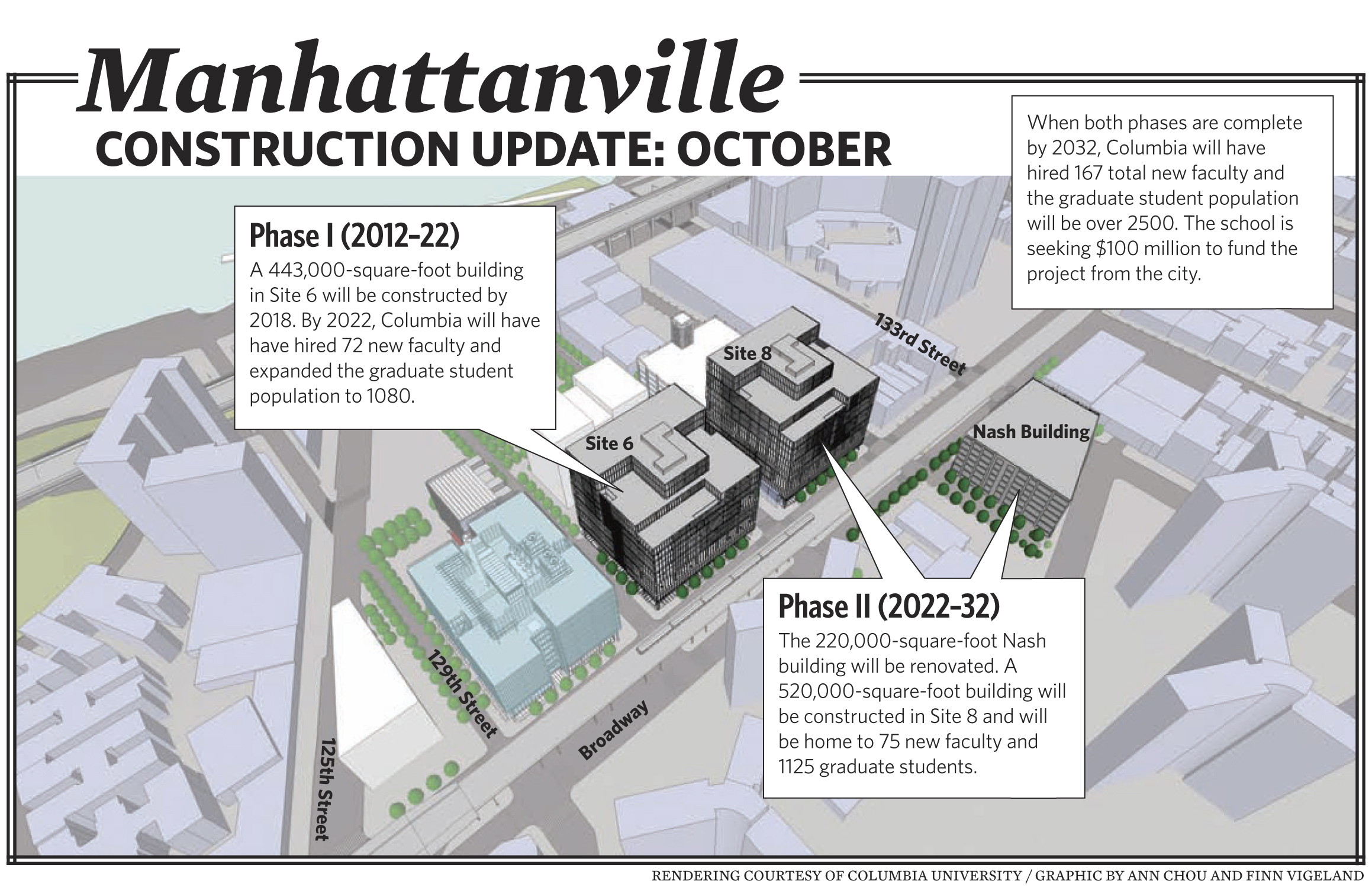 In the face of strong competition from Cornell and Stanford, Columbia's proposal for a data sciences and engineering institute emphasizes the school's already-strong connections to New York City. The proposal that best fulfills Mayor Michael Bloomberg's vision for a 21st century applied science school will receive $100 million from the city. But University President Lee Bollinger acknowledged in a recent interview that Columbia is the underdog in the race, since its plans diverge significantly from the city's ideas. In the executive summary of its proposal, released Thursday, Columbia cites its plan to utilize the Manhattanville campus, not the land the city is offering, and touts its existing presence in New York as benefits unique to Columbia's proposal. The document claims that Columbia is at an advantage to encourage economic development in New York because researchers won't need to build ties from scratch. "Producing the engine of economic growth and job creation sought by the City will require a New York-based network of relationships with local entrepreneurs, venture capitalists, angel investors, and workforce development advocates—relationships Columbia possesses today and will further develop for this purpose," the proposal says. The 17-page document features a number of photos of successful campus–city collaborations, including one of a handicap-accessible swing set that engineering students built in Harlem, and another photo of high school students from the Bronx working in a Columbia engineering lab. The Institute for Data Sciences and Engineering would occupy three buildings in Manhattanville, including two new buildings and the renovated Nash building at 133rd Street and Broadway. The first building will be complete by 2018, and the three buildings combined, when completed in 2032, will occupy 1.1 million square feet. While the city is offering up land on Roosevelt and Governors Islands, Columbia is hoping to leverage its 17-acre planned campus in Manhattanville to its benefit. The proposal describes the Manhattanville site as "shovel-ready," noting that construction on the engineering institute "will occur within an already active construction site for which all government approvals—including successful completion of New York City's rigorous land use review process—now stand resolved." Earlier this month, Bollinger told Spectator that the "very, very difficult, long, time-consuming" city land use approval process, known as ULURP, will set competitors' projects back. That process took Columbia three-and-a-half years, from submitting rezoning plans in spring 2004, to final City Council and mayoral approval in December 2007. "We are ready to build," Bollinger said. "They have to go through a ULURP process. I've been through a ULURP process. Nobody in their right mind should go through a ULURP process more than once in their life." In addition to being ready for construction, the Manhattanville campus is walking distance from the Morningside campus, which means that the engineering-focused institute can concentrate on interdisciplinary collaboration with Columbia's other graduate schools—an idea the proposal stresses. For instance, the New Media Center would see SEAS faculty working with Columbia's Tow Center for Digital Journalism, Business School, and Graduate School of Architecture, Planning, and Preservation. The executive summary reveals more specifics areas of focus for the institute's five centers, which will study new media, urban development, health records, Internet security, and financial data. The proposal also prominently features the Northwest Corner Building and the Mind, Brain and Behavior Initiative as examples of Columbia's recent successes in developing new science buildings, and makes note of famous inventions developed at Columbia—including FM radio and high-definition television technology—as indicative of the school's past scientific innovation. finn.vigeland@columbiaspectator.com