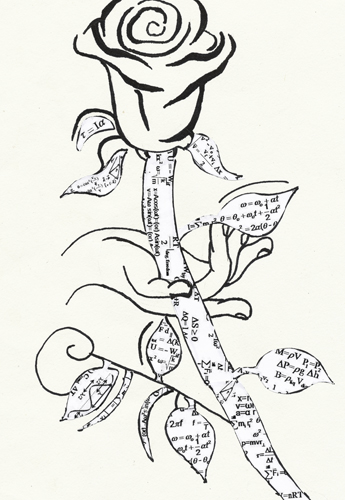 Opening up a newspaper or turning on the television, we are inundated with scary stories about American education. We have all heard the familiar statistics—the United States ranks 11th in the world in science and math scores, putting us behind Singapore, Taiwan, South Korea, and Japan, our competitors in a global economy in which the United States will only continue to fall behind. The intense liberal arts focus that previously dominated the Western intellectual sphere has since been replaced with a passionate love affair for STEM—science, technology, engineering, and math—fields. For instance, President Obama has called for 10,000 more engineering graduates each year and an additional 100,000 teachers with STEM training. Here in New York, Mayor Bloomberg is holding a competition for a new engineering graduate school in the city—a move that many in his inner circle are hoping will be a lasting legacy for the mayor's third term. On the university level, Columbia has been leading the bandwagon. Not only did University President Bollinger enter Bloomberg's contest with plans for a 1.1 million-square-foot engineering facility in Manhattanville, but one only has to look as far as the Northwest Corner Building to see that the University's focus for years now has been in STEM investment. While the focus on STEM fields in American education is certainly important so that we can compete on the world stage, the method by which we push students into engineering careers could be hampering intellectual exploration and independence. The top-down approach employed by government and education officials has sparked an interest in engineering for middle and high school students across the country. Yet despite the initial enthusiasm, chaotic first-year course loads packed with chemistry, physics, and calculus manage to drive many potential engineers out of the field by their second semester. As a national average, 40 percent of students who come to college as prospective science and engineering majors—even excluding pre-medical students—either end up not graduating, or, more often, moving to another department of study. However, this problem has not been prevalent at Columbia. The reason is largely structural in nature. Columbia's traditional undergraduate model, which allows students to attend either Columbia College or the School of Engineering and Applied Science, does a sound job of maintaining stability and keeping engineering students loyal to their planned fields of study. Once students become a part of SEAS and establish themselves on an engineering track, changing gears becomes much more difficult than it does at colleges where STEM and liberal arts departments are under one institution. Although internal transfers are possible, STEM-focused undergraduate schools keep more students fixed on engineering. The relative success of Columbia's model can also be chalked up to the non-technical, intellectual exploration that is encouraged. Providing access to liberal arts concentrations keeps SEAS students well-rounded and quenches the thirst that some engineers feel for an escape from the constant cycle of math and science classes. Nonetheless, institutionalizing the separation between liberal arts and engineering comes at the price of stifling intellectual freedom. Giving SEAS students a taste of humanities classes can cause many to realize that pursuing a major in English or history might be more suitable for them than getting a Bachelor of Science in computer science. Yet by that point it is often too late. The internal transfer process is notoriously formidable, but students struggling in engineering programs are the ones who end up facing the biggest roadblocks. Since transfer applicants need a 3.5 cumulative GPA to even be considered, SEAS students who find themselves drowning in physics or calculus end up stuck in a field in which they are struggling, and are ultimately unhappy. Understandably, the rigid transfer procedure is necessary to keep resources properly allocated and to prevent a mass movement between the two schools. But some balance must be struck for those students who decide engineering is simply no longer their passion. The same must be said for students in the college wishing to transfer to SEAS, but the trend—here at Columbia and nationally—has almost always been the other way around. While Columbia stands out among the crowd in that our undergraduate engineering program is not experiencing the brain drain that other schools face, perhaps this is a sign that our current system is too limiting. The college years are supposed to be used as a time for intellectual growth and exploration of study. Let us hope that our University is not too caught up in the STEM love affair to consider the needs of students. Jared Odessky is a first-year in Columbia College. He is the CCSC class of 2015 president. Worm in the Big Apple runs alternate Tuesdays.