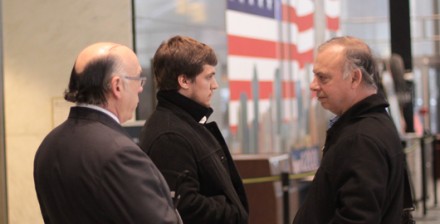 Today, according to a Bloomberg article, Michael Wymbs pleaded guilty to drug charges, which will allow him to avoid a prison term as long as two-and-a-half years. Instead, he will take five years of probation. Just last month, Justice Michael J. Sonberg had denied Wymbs and Jose Stephen Perez access to enroll in a pretrial drug treatment program because their sales were motivated by profit and not by addiction. Perez will appear in court later today. Adam Klein's case was postponed. Christopher Coles, who was granted permission to enter the program, will tell the court on Nov. 22 whether or not he will elect to enroll in it. Check back later for updates.