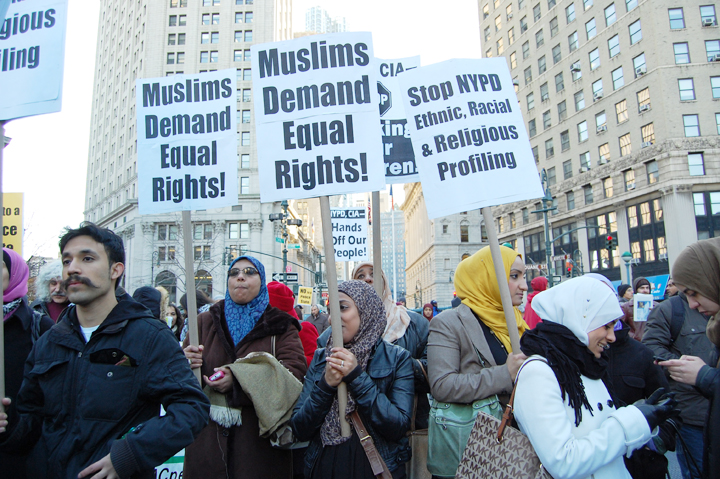 The Associated Press reported on Saturday that as recently as 2007, the NYPD monitored the websites of Muslim student groups at universities including Columbia, Yale, the University of Pennsylvania, and New York University, and embedded undercover agents in Muslim groups at several other schools.

University President Lee Bollinger and Barnard President Debora Spar both expressed opposition to the NYPD's actions on Tuesday. Bollinger told Spectator in a statement that the University neither knew about nor took part in police surveillance of its students.

"We want to be sure our Muslim community knows that we support everyone's right to carry on their lives and their studies without the feeling of being watched by a government that exists to protect us all," Bollinger said.

Bollinger also emphasized the importance of students' rights to free speech and worship as "essential values of any great university."

"We are deeply concerned about any government activity that would chill the freedom of thought or intrude upon student privacy, both of which are so essential to our academic community," he said.

In an email to Barnard students, faculty, and administrators, Spar said that Barnard's Department of Public Safety "does not participate in or condone unlawful surveillance or monitoring of any kind, with any law enforcement agency, including the NYPD."

"The College is firmly committed to protecting the civil liberties of our students and stands by the Muslim Students Association in its concerns about the actions of the NYPD and its calls for further explanation," Spar said.

Muslim Religious Life Advisor Khalil Abdur-Rashid, who works out of the office of the University chaplain, said he was pleased with Bollinger's statement, adding, "I'm happy it came out and that he stepped up."

"The president of NYU is having a town hall meeting about the issue ... we got amazing statements from the presidents of Yale and NYU and from President Spar," he said. "This isn't a Muslim issue. It's a student issue."

Columbia's Muslim Students Association released a statement on its website Tuesday expressing frustration and disappointment with the NYPD.

"We are disturbed by the fact that Muslim students are targeted and profiled based on their ethnic backgrounds and religious beliefs alone without any evidence or suspicion of wrongdoing," the statement read.

The MSA added that it has contacted administrators about working together to ensure the safety of Muslim students.

"We hope that President Bollinger, President Spar and the University will stand with our community ... and protect the student body from any violation of our civil rights," MSA said in its statement.

Abdur-Rashid said that he'd like to put together a small group of representatives from the MSA, Hillel, and other student groups to meet with Bollinger.

Students "need continued reassurance that he [Bollinger] understands their grief and that he's working 100 percent," Abdur-Rashid said. "They can thank him for his leadership directly and allow him to reinforce the points in his letter about ensuring their safety on campus."

He added that he is concerned about Columbia's image in the wake of the reported surveillance.

"As a parent, I'd be concerned about my Muslim child coming to this campus," he said.

Not all reactions to the reported police monitoring have been negative. Mayor Michael Bloomberg defended the NYPD's actions on Tuesday as legitimate efforts in the fight against terrorism, the New York Times reported.

"The police department goes where there are allegations, and they look to see whether those allegations are true," Bloomberg said.

Abdur-Rashid is concerned that the news of police surveillance could adversely affect Columbia's Muslim students.

"You can't miss the fact that they have a lot of pressure on them already," he said. "There is an entire population of immigrant students who don't understand what it means for NYPD police officers to come into a prayer space."