Obama to speak at Barnard commencement

Obama to speak at Barnard commencement 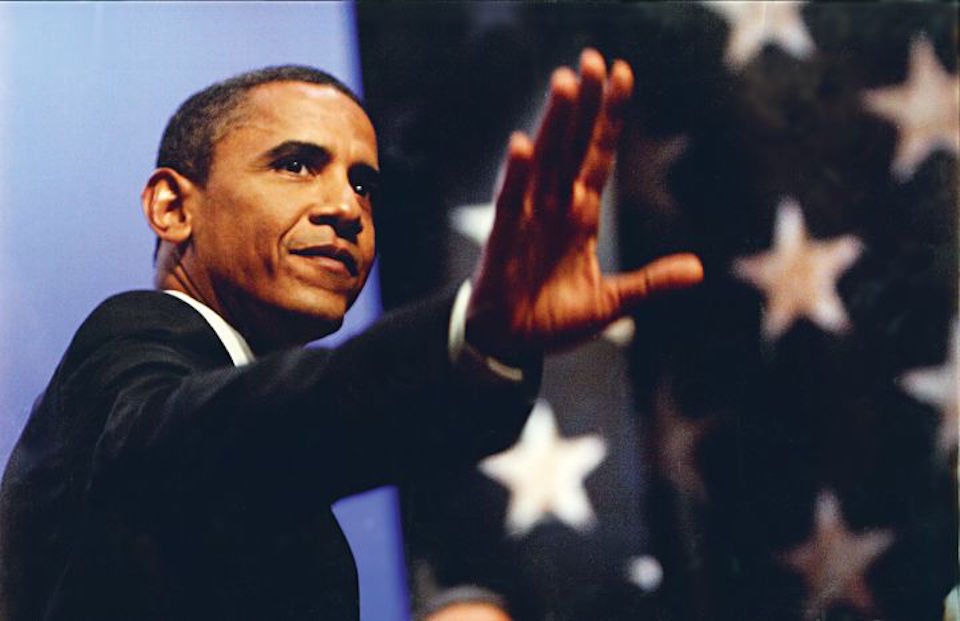 President Barack Obama, CC ’83, will speak at Barnard College commencement on May 14, the college announced on Saturday.

“This is an extraordinary honor for Barnard and we are thrilled to welcome President Obama for this important moment in the lives of our graduates and their families,” Barnard President Debora Spar said in a statement. “His commitment to empowering women is so meaningful to our students, who aspire to lead and make their mark on the world.”

Lauren Perrine, BC ’12, said she called her mother ecstatically when she heard that Obama would be speaking. “Barnard has had a history of having great commencement speakers, and I think everyone in the class is really excited to have the president come and speak,” she said.

Barnard’s last four commencement speakers have been Facebook Chief Operating Officer Sheryl Sandberg, actress Meryl Streep, Secretary of State Hillary Clinton, and New York City Mayor Michael Bloomberg. “All of us can be proud that President Obama, the first Columbia graduate to serve in the nation’s highest office, has chosen to honor the importance of women’s leadership by returning to campus at our historic sister liberal arts college for women in New York,” University President Lee Bollinger said in the Barnard statement.

But Obama’s decision to speak at Barnard has caused some heated reactions among Columbia students. Emilio Fajardo, CC ’15, said that the decision “seems like a slap in the face” to Columbia. Over the last few years, there have been unsuccessful efforts to petition Obama to speak at Columbia.

Sean Udell, CC ’11 and president of the class of 2011, spearheaded the POTUS Project, a campaign to convince Obama to speak at Columbia’s commencement ceremony last year. “I’m shocked and happy that Barnard will get to have Obama speak at their commencement,” Udell said. “I’m quite disappointed, of course, that President Obama spoke to our sister school, instead of his alma mater.” Donia Abdelaziz, CC ’12, said that women’s issues are as pertinent to Columbia students as they are to Barnard students.

“As a Columbia woman myself, I find it disappointing that he wouldn’t have thought to bring these issues to his alma mater,” Abdelaziz said. Udell speculated that Obama has not spoken at Columbia either because he had a “poor experience” here or because “speaking at an Ivy League university is not a particularly politically advantageous thing to do.” But considerating that Obama is speaking at the country’s most selective women’s college, Udell said, it’s more likely that “he just really didn’t like Columbia.” “It’s hard for students not to read this as an explicit rejection of the school that he went to,” Rui Yu, CC ’14, said.

Some Columbia College students, while disappointed, said they did not begrudge Barnard students the chance to hear Obama. “I’m really excited for Barnard … I’m a little jealous, but I don’t understand people who are bitter,” Laura Fisher, CC ’14, said.

Rachel Ferrari, BC ’13 and vice president of Barnard’s Student Government Association, said she was thrilled to learn that Obama would be speaking, especially because “women’s issues are becoming more of a topic of conversation.”

“It’s very in the moment for him to do this,” Ferrari said. “I think it’s a very appropriate time.” The inclusion of contraceptives in health insurance plans has recently become a national political issue. The Patient Protection and Affordable Care Act, passed by Congress in 2010, requires employers to cover preventative care—including contraceptives—in their health insurance plans, but following criticism from religious leaders and conservative politicians, the Obama administration announced last month that churches and other religious organizations would be exempt from this mandate.

Virginia’s state legislature also made headlines last week when it passed a bill requiring women to undergo ultrasounds before having abortions, except in cases where the pregnancy resulted from rape or incest. Spar said Obama probably wanted to speak at Barnard this year because women’s issues have been in the news. “I think clearly and somewhat surprisingly, women’s issues have just blown into the political debate this year in ways that are pretty unexpected,” Spar said.

“It’s hard to imagine we’re still debating contraception in 2012 … but here we are.” Spar added that these debates are especially shocking for her because she has spent time talking to women who were on campus in the late 1960s, which she described as “the searing moment in history” for women’s rights.

“They were really deeply marked by the struggle for reproductive rights, for access to abortion,” she said. “It’s pretty stunning that these debates would be coming back more than 40 years later.” A White House official told the New York Times that “as the father of two daughters, President Obama wanted to speak to some of America’s next generation of women leaders.”

Over the last three years, Barnard has frequently collaborated with Obama administration officials in its efforts to highlight women’s leadership. In addition to speaking at Barnard commencement in 2009, Clinton spoke at the Women in Public Service conference, which was hosted by the State Department, Barnard, and four other women’s colleges in December.