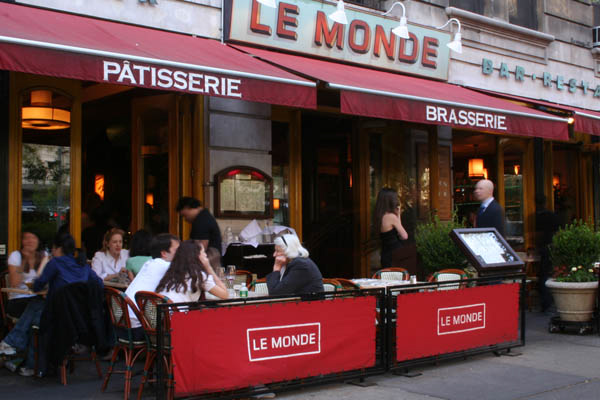 Following up on the success of the $5 burger promotion at Deluxe (same management), Le Monde (2885 Broadway between 112th and 113th streets) has just this week launched a breakfast to-go box specially designed for students in a hurry. At a mere five dollars, this is easily the best breakfast deal on Broadway, considering the quality of the items in the box.  The croissant comes from a real French bakery, so it's just the right mix of buttery and flaky.  Le Monde then bakes them fresh.  The coffee is quite good, too. more Last, but not least, comes your choice of either a fresh fruit cup or plain yogurt topped with granola, some strawberries, and a dash of honey.  I slammed both of them down during my 9 a.m. Music Hum midterm before break.  The deliciousness alone certainly decreased my morning misery and may have even helped my performance on the exam.