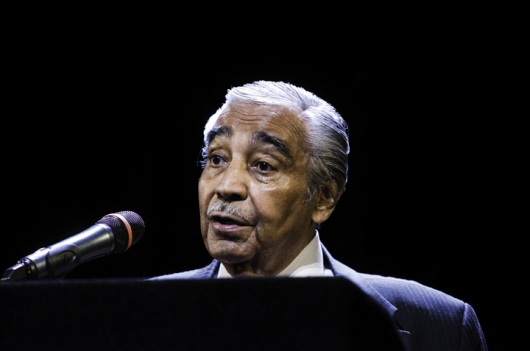 Rep. Charles Rangel has agreed to pay the Federal Election Commission a $23,000 civil penalty for using a rent-stabilized apartment as a campaign office. According to documents released by the FEC, Rangel—the longtime Harlem and Morningside Heights congressman who is running for re-election this year—violated New York State and city regulations that require tenants of rent-stabilized apartments to live in those apartments as their primary residences. Rangel and his wife previously resided in three adjacent apartments in the Lenox Terrace luxury apartment complex on Lenox Avenue between 134th and 135th streets, but they maintained a fourth apartment on a different floor of the building as a campaign office. In 2003, Fourth Lenox Terrace Associates—the owner of the apartment complex—instituted a policy of evicting tenants who do not relinquish their rent-stabilized apartments after they are found not to be using them as their primary residences. The FEC's report states that the landlord's "failure to take steps to evict Rep. Rangel was inconsistent with Fourth Lenox's lease renewal procedures." Additionally, the report found that both Rangel's campaign and Fourth Lenox violated a federal law that limits individual campaign contributions. Rangel's monthly rental payments of $677, substantially lower than if his apartment was not rent-stabilized, qualified as in-kind contributions from Fourth Lenox, the FEC found. In-kind contributions are goods or services provided "without charge or at a charge less than the usual and normal charge for such goods and services"—including office space used by campaigns—according to the FEC report. The FEC reported that Rangel moved his campaign office out of the apartment in 2008, after the New York Times reported the leasing arrangement. The FEC also ordered Fourth Lenox to pay a civil penalty of $19,000. Fourth Lenox, reached by phone Tuesday afternoon, declined to comment. Hannah Kim, a spokeswoman for Rangel, said in an email that "People settle not because they're guilty but because they don't want to go through the cumbersome process and expense to show they're not guilty." She declined to comment specifically on the FEC's allegations, saying that "it is my understanding that things have not been completely resolved yet." In 2010, Rangel was censured by the House Committee on Ethics for 11 ethical violations, including improper solicitation of donations and failure to pay taxes and report rental income. jillian.kumagai@columbiaspectator.com