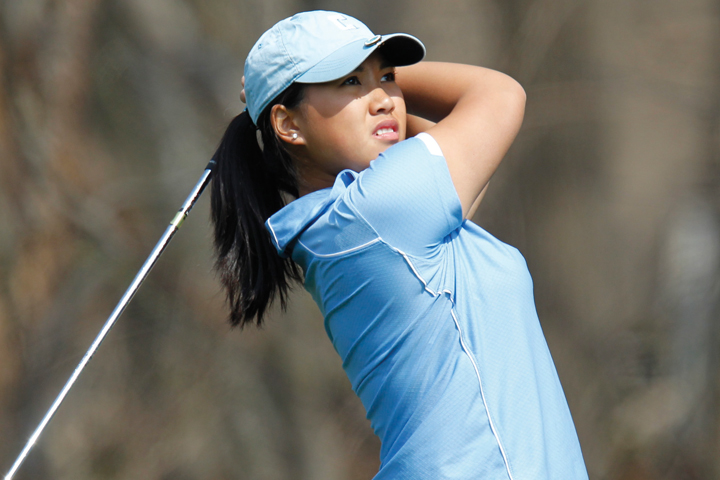 Sophomore Michelle Piyapattra has seven top-20 finishes so far this season and will look to continue her success in the ROAR-EE Women's Golf Invitational this weekend.

On Friday, 14 teams from around the Northeast will assemble for the sixth annual Roar-EE Women's Golf Invitational. Sophomore Michelle Piyapattra will tee off just after 10 a.m., looking to defend her individual title from last year's tournament. She is ranked 151st in the country and will be one of the top five golfers at the invitational. Columbia looks to win this tournament for the third straight year and enters the competition with the third-highest team ranking, trailing only Harvard and St. John's. In its last action three weeks ago, the Light Blue moved from 20 behind the leaders to three behind in a single round, finishing second at the Monterey Bay Invitational. Columbia's two-day tournament begins Friday at Spook Rock Golf Course in Suffern, N.Y.