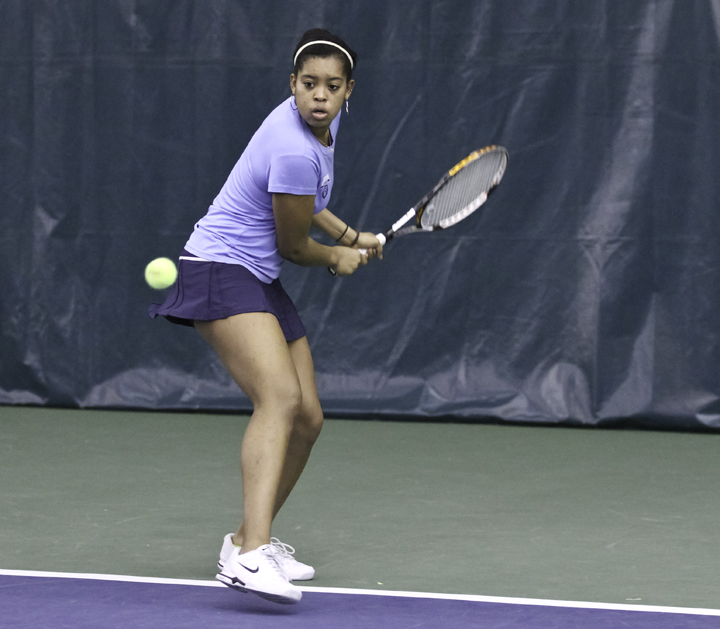 Sophomore Bianca Sanon has served as the Lions' No. 2 singles player this season and will play a key role in the team's two Ivy games this weekend.

The Lions (11-4, 2-1 Ivy) will face Yale on Saturday and Brown on Sunday in their penultimate weekend of Ivy League conference competition. Yale and Brown are currently tied for first place in the conference, each with a 2-0 league record. Led by junior and No. 2 Northeast ranked player Elizabeth Epstein, Yale has earned a No. 28 national ranking and a 14-3 overall record. Columbia women's tennis coach Ilene Weintraub is positive heading into the weekend. "I feel confident that if everyone is able to play at their best we will be able to pull an upset or two," she said earlier this week. Columbia junior and No. 1 seed Nicole Bartnik is prepared for long rallies and lengthy battles against top-ranked Brown and Yale this weekend. "I feel comfortable grinding out points and going on defense, because I feel confident enough in myself that I'll be able to go on the offensive later on," Bartnik said. Columbia is scheduled to face Yale at noon on Saturday and Brown at noon on Sunday at Columbia's Dick Savitt Tennis Center.