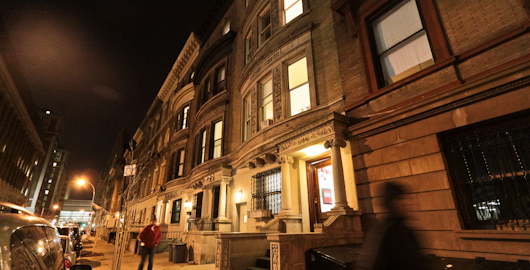 The Panhellenic Association has selected four finalists to bring new sororities to campus, from which they will select two. The first will be established this spring.

With the number of students going Greek at an all-time high, the Panhellenic Association has made plans to bring two new sororities to Columbia. The association has selected four finalists—Alpha Omicron Pi, Gamma Phi Beta, Kappa Kappa Gamma, and Zeta Tau Alpha—from which it will invite two to establish chapters on campus. The first new sorority will form in spring 2013. The decision comes as a result of a multi-year process after the group identified a need for more sororities on campus. While the Office of Residential Programs has not released exact data, a press release said that "over several years the community witnessed an increase in participants in Formal Recruitment and larger chapter sizes." There are currently four sororities in the Panhellenic Association. In 2011, a committee of current students and alumnae identified a need to expand, and notified the National Panhellenic Conference early this year. Interested organizations visited campus for exploratory visits in March. The four organizations will give informational presentations for current sorority sisters in September. Each of the four existing chapters will vote to invite two of the finalists, and the winners will be notified by Oct. 1. One of the chapters will participate only in the first round of formal recruitment—scheduled from Feb. 1 to 5, 2013—and will conduct its own selection process afterward. The second chapter will be established in spring 2015. Samantha Goldfarb, CC '14 and president of the Panhellenic Association, said in a statement that the extension "marks significant growth of the fraternal community and inherently highlights the accomplishments of its Panhellenic women, Greeks in general, and our desire to continue to expand our great traditions." "The arrival of the new organizations calls upon the current members of the Panhellenic community to welcome our new sisters most openly, testing our ideals of mutual-respect and the bonds of sisterhood at their core," she said. yasmin.gagne@columbiaspectator.com