Walter White: Some chemistry teacher we used to know

Walter White: Some chemistry teacher we used to know 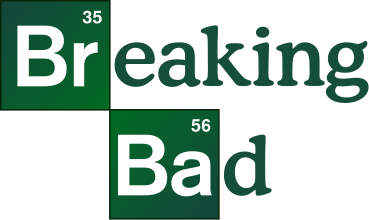 It's a pitch so famous that it's more like an origin myth: A guy walks into the executive offices of AMC and says, "Hey, want to see something awesome? I'm going to take Mr. Chips and turn him into Scarface." This is the baby-in-the-manger beginning of Vince Gilligan's hit series Breaking Bad, and over the past five years, the proposed radical transformation of sympathetic chemistry teacher Walter White to meth-cooking kingpin has not gone underserved. (Warning: major spoilers after the jump. If you want to catch up with the show go here, and come back. Otherwise, please peruse more Eye content.)more If strangling a rival meth distributor and dissolving his body in a bathtub in the first season is the inciting incident for Walter's transformation, then the season 4 finale "Face Off," wherein he blows half of Gustavo Fring's face off (get it?), is the climax. The show has thus reached its dénouement, during which Walter will first celebrate his success as Heisenberg and eventually run to the diner where we find him in the cold open of season 5, which showed a weakened Walter White with a new head of hair and a new identity popping pills from a prescription bottle, celebrating his 51st birthday for the second time in a year. We realize at the close of "Gliding Over All," the mid-season finale of season 5, during which his meth empire goes international, this is where Walter must end up at some point in the second half of the fifth season, Walt is left to clock in, cook, and wait for the money to roll in. As the episode's title indicates, Walt is at the top of his game. He finally has enough, but in the absence of the violence that has characterized the show as much as Jesse Pinkman's catchphrases and Walt Jr.'s love of breakfast, Walt grows bored. Money isn't important if people aren't cowering at the sound of his name. This isn't a show about the meth game— it's about Walter White's character arc, and a villain of his caliber can't fly under the radar forever. We know that some irreversible event will occur in the final scene based on the setting alone: poolside at the White residence. The same poolside that housed plane debris, lily of the valley, and a Skyler so desperate for escape that she submerged herself in the pool, fully clothed, to avoid Walter's monologue. At first I was waiting for a sniper to gun down the just-learning-to-walk Holly. Instead, Hank leaves the poolside to find an answer somewhere else—inscribed in a copy of "Leaves of Grass" left to Walter from his former co-chef, Gail Boetticher. It's a moment we all knew would come. After all, Hank is the DEA agent brother-in-law to the biggest meth cook in the West, and you don't put a gun in the first act—or a machine gun in the trunk of your car—if you don't intend to use it.