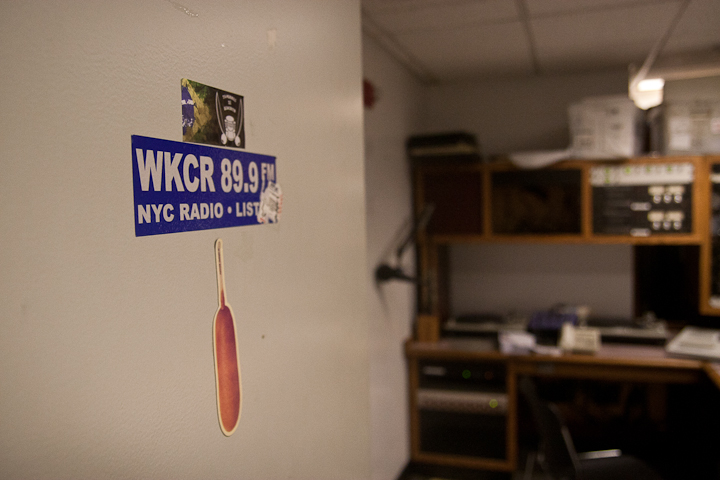 WKCR was forced to pay a $10,000 fine after a lapse in record-keeping.

The $10,000 fine levied on WKCR in May will not affect programming this year, after donations from listeners helped the station pay the fine.

The fine was imposed by the Federal Communications Commission for a lapse in the station's recordkeeping between 2001 and 2006.

"Since we were waiting for the fine for six years, we were prepared to handle it," WKCR program director Eric Ingram, CC '14, said.

While listeners' favorite programs will continue uninterrupted, the station has had to cut its budget for external programming, including concerts and parties to celebrate local musicians.

According to WKCR directors, the station's lack of records for this five-year period was caused by a logistical transition, after its transmitter on the World Trade Center was destroyed during the 9/11 terrorist attacks. The station was forced to broadcast temporarily from the roof of Carman Hall, before moving to the Condé Nast Building at 4 Times Square.

FCC spokesperson Janice Wise said that the fine was caused partly by problems with the station's public inspection files, which should include detailed accounts of the station's broadcasts. To help resolve these organizational issues, WKCR hired full-time employee Ben Young in 2003.

"He helps us fulfill the FCC requirements between the WKCR board, operations and engineering, and the department heads," Nico Esguerra, CC '14 and head of WKCR's news department, said. "We truly strive to meet all the requirements. It's the basic foundation for providing good programming for listeners."

The FCC's system is unfair, he said, because when deciding the fine, the commission does not differentiate between college stations and commercial ones.

"If a radio station can't pay that much, they normally reduce the fines. But, for colleges, they look at the overall amount of the school's money, which is plenty, so the fines are higher," Sprinkel said. "The fine doesn't serve any purpose and only take funds out of educational institutions."

Like WKCR, Rollins College in central Florida had to pay the full $10,000 fine—significantly more than the $3,000 WKCR would have paid when the missing documents were first discovered in 2006.

"The FCC has been giving very large fines to small radio stations," Ingram, WKCR's program director, said. "A few years ago, the fine would have been $3,000, but since then it's dramatically increased to $10,000."

Ingram said that WKCR was well enough established to handle the penalty, since WKCR has a much wider audience than most radio stations run by college students.

"What happened with the FCC was unfortunate, but I'm lucky that we have enough structure and history that we were able to come away from the penalty so smoothly. Otherwise, it would have been very demanding for a typical college radio station," Ingram said.

Esguerra is determined to keep detailed records and mentor his successors until the FCC's next scheduled inspection in 2014.

"It's strange that we have to face such a large impact on the current budget for something done six years ago," Esguerra said. "It's definitely a harsh lesson, and we're really trying to be on top of everything going forward. I doubt that this will happen again."