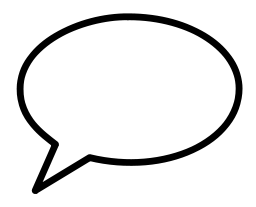 "I thought about using a static framework like Octopress or Jekyll-Bootstrap so that I could write in vim and commit and push from the terminal, but then I realized it would be a pain to blog from the remote so I cloned this repo on GitHub to hack Wordpress to run on Heroku for free using PostgreSQL", I responded casually to my roommate this summer, a fellow hacker/scientist, when she asked me what platform I would be using to start my writing blog. My sister, a "normal" human being used to answers like "Blogger" or "Wordpress", overhearing our exchange on Skype, laughed and said to me, "You guys are literally speaking another language. It's like hearing robots talk or something." While I don't think I'm quite on the level of R2D2 (at least not yet), I am aware of how much like gibberish it can sound when you catch me in animated discussion with another CS-er about some software or algorithm. One minute English, the next minute we hit some topic, and boom, off we go rattling off in Nerdspeak. And although Computer Science is definitely one of the more jargon-y fields, thanks to its highly technical nature and the extreme "in-group" culture, this phenomenon is not limited to the subject. more Catch any of my friends at Columbia, be they budding lawyers, doctors, musicians, physicists, philosophers, or artists talking to a peer in the field, and soon it feels like there's either cotton in my ears or a metal plate around my brain. Don't get me wrong, I absolutely adore talking nerdy. But sometimes I worry that too much jargon gets in the way of our ability to learn more and connect with interesting characters. This is especially crucial in our college years—one of the only times in which we will have the opportunity to be surrounded by so many talented, passionate people in other industries. What good is this talent if we cannot comprehend it—or worse yet, fear to ask? Even within the same field, similar problems arise. Excessive terminology can create an aura of "exclusivity" and turn away those who might not fit the culture bill but possess ample aptitude otherwise. I know firsthand that in Computer Science, women are often deterred from becoming developers due to this sort of "insider's club" (usually summed up as "pale and male"). In a field that values so much open-source and transparency, and that has traditionally welcomed those with interest and skill without regard to superficial traits, it seems almost sacrilegious to build such barriers. As undergraduates, and as scholars for life, we are not quite such specialists that our learnings are incomprehensible to our peers, nor should they ever have to be. I have found that the best way for me to learn is by teaching and reiterating what I know, especially to children and to friends in drastically different studies. There's something exhilarating and addictive about discussing a topic we love in the words we share with other aficionados, and special terms are often of course necessary for special topics. But something special need not be secret, nor our attitudes towards "special" knowledge childish—or worse yet, elitist. Sophie Chou is a Junior in SEAS studying Computer Science and Philosophy. When she's not coding she likes to read Nietzsche, and contrary to popular belief, she doesn't hate hugs, although it would be in your best interest to refrain from doing so.