'Heroin, Handcuffs, and Higher Education': from drugs to a degree

'Heroin, Handcuffs, and Higher Education': from drugs to a degree 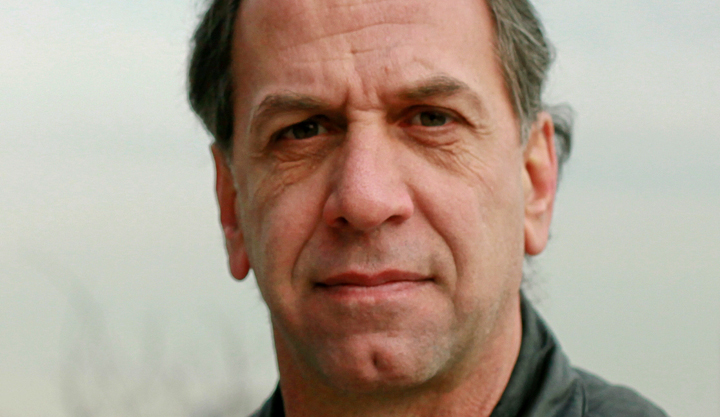 Matthew Parker, SoA 12, recently released his first book, a graphic novel detailing his journey from a turbulent stint in-and-out of jail to getting his MFA.

The first book from Matthew Parker, SoA '12, "Larceny in My Blood: A Memoir of Heroin, Handcuffs and Higher Education" is an honest account of one man's struggle to break out of a life of addiction and crime. The book is a hybrid of the two worlds that Parker knows well—one illegal, one illustrious. Readers follow his tumultuous story through the pages of his self-illustrated graphic novel. During his first prison sentence in 1987, Parker quickly learned, he writes, that "you have to adapt to survive." He gives readers a crash course on how to survive and comments, "If, like me, you're a white male, you have to pretend you're a racist to avoid violent repercussions Try not to appear overly literate or intellectually eloquent." Parker would have to assume this attitude every time he was sentenced to prison in order to be left alone by inmates. Despite the fact he struggled to blend in with his fellow prisoners, Parker illustrates how easy it was for him to keep returning, since the crimes stemming from his dependence on the drug were twofold. Besides the act of buying and consuming heroin, Parker also resorted to crime to fund his addiction: "Every day was a struggle to come up with dope money. Paying rent and bills were secondary." Eventually, Parker would "get caught again." Not only did his hunger for heroin send him to jail repeatedly and force him to commit crimes, but it also kept him from having meaningful relationships. He explains that he and an ex-girlfriend broke apart because "my love of heroin was stronger than my love for her." From his first job dealing pot at age 13, to his harsh years in prison where he had to assume an attitude of intolerance and ignorance to fit in, Parker provides a unique glimpse of a life of larceny and how easy it is to become entrapped in its cycle. Parker's illustrations and his voice provide wit, playfulness, and dark humor without detracting from the earnestness of the narrative. Parker is both insightful and thoughtful when explaining the social dynamics of prison and the MFA program. Especially surprising and refreshing are the connections he draws between both, as he compares a federal institution with educational ones. For example, he compares the rift between the different nonfiction, fiction, and poetry MFA students to prison gangs. "The inter-genre resentment isn't as thick as it was in prison but is there nonetheless," he writes. Parker also comments that the bureaucracies in the prison system are surprisingly similar to the bureaucracies at higher institutions, with rules that hindered his path in helping him access the help he needed­—an idea many Columbians can sympathize with. From his novel, it is obvious that Parker has come a long way against the odds, turning his life around in a way that many of us can barely imagine. In a moving passage, he writes about one of his moments of realization, saying, "I abhorred control and thought that being a junkie was very clever and very rebellious and very postmodern and very much outside of their [figures of authority's] control. Then I looked around me. I was locked like an animal in a tiny cage I was totally, irrevocably, utterly in their control and had been for the past 13 years." Despite these seemingly insurmountable circumstances, Parker also describes his challenging days at the Columbia nonfiction MFA program in a way to which many current Columbia students can relate. The format of the novel is sometimes confusing, jumping around chronologically, and Parker occasionally throws in details that linger without explanation or place. But Parker's compelling tale and ability to integrate his personal style into the novel lets it stand on its own. This book provides an eye-opening account for anyone, especially those at an Ivy League institution who may take for granted its diversity or opportunities for the pursuit of knowledge and truth many only dream of.

school of the arts