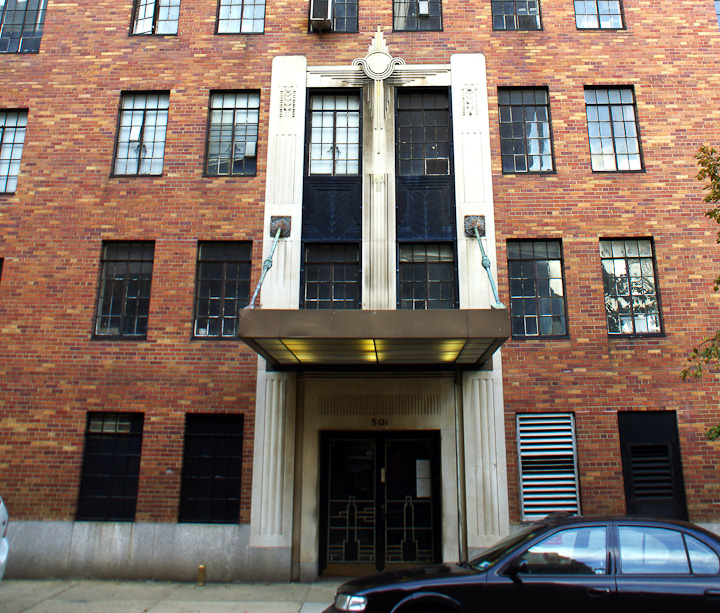 The prewar building at 113th and Amsterdam will be known as Stonehenge 113 following renovations.

A real estate firm has committed $13 million to renovating a prewar apartment building at 113th Street and Amsterdam Avenue, across the street from St. Luke's-Roosevelt Hospital. Massey Knakal Realty Services has obtained a 99-year-lease for 1080 Amsterdam Ave., which mostly consists of studios and one-bedroom units. The building will be remodeled with new floors, kitchens, and bathrooms. Robert Schiffer, GS '04 and senior vice president for SL green realty corporation, which is working with Stonehenge Partners to fund the renovations, said that the small unit size would keep living costs low and make the building an appealing option for Columbia students. He expects the building to attract a variety of residents, including older undergraduate students and graduated students interested in living close to campus in a newly renovated building. "I think that's sort of the right demographic for this project—students who want to be near campus but not necessarily on campus, in a more professional living environment," Schiffer said. The building is owned by Continuum Health Partners, which includes Beth Israel Hospital and St. Luke's-Roosevelt Hospital. Continuum previously rented units at competitive rates to staff and medical residents at St. Luke's, according to hospital spokesperson Jim Mandler. But when hospital workers began to move out, Continuum decided to let the building go. The rest of the workers still living at 1080 Amsterdam have been given housing in Continuum Health Partners' other properties around St. Luke's, Mandler said. "The building was delivered vacant," Jon Fishman, director of business development for Stonehenge, said. "It obviously creates a lot of efficiencies because we don't have to inconvenience any tenants." Fishman said that the developers have no intention of demolishing the prewar building. Schiffer said that because the outside of the building will be hardly changed, the changes will have little impact on the surrounding community. The renovations, which will take approximately two years to complete, will include updates to the building's façade, elevators, floors, and windows, as well as a new fitness center. The building will be called "Stonehenge 113" in keeping with the practices of Stonehenge Partners properties, Fishman said. news@columbiaspectator.com