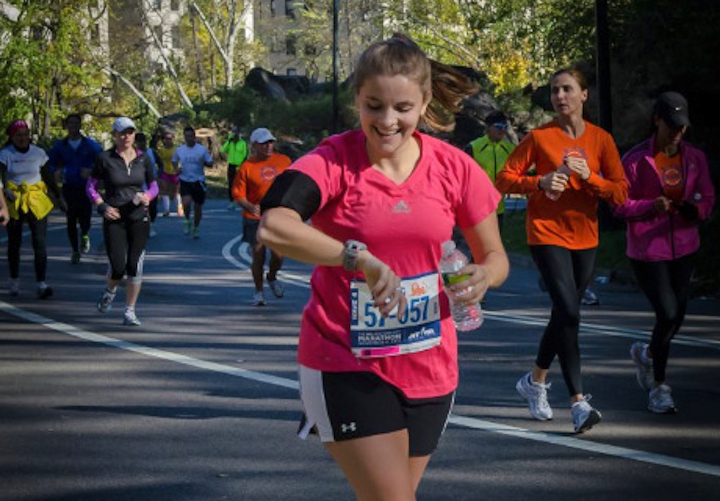 Every year, on the first Sunday of November, a different kind of traffic pounds the pavement of New York City's streets during the New York City Marathon. This year's race was cancelled in wake of Hurricane Sandy, but instead of spending the day sitting in their homes and hotel rooms in the city, many of the 47,500 would-be runners, including several Columbia students, came together to help the city recover. Sam Kohn, CC '13, was among the runners that decided to lend a hand to those affected by the storm. Over the weekend, Kohn helped out at a Lower East Side apartment building that had no power, and continued to volunteer on Monday and Tuesday on Staten Island. He said that Columbia's fall break schedule allowed him to contribute long after most other runners had left the city to return home. "By Monday, everyone who had flown into New York City was flying back out already, and everyone in New York went back to work. I had fall break and didn't have to go to school, so there were fewer people out on Monday and Tuesday," Kohn said. "Everyone in the area from Staten Island was saying that they were grateful that there were still people helping out on Monday." Another Columbia student runner, Lily Amadeo, CC '13, found a way to simultaneously help in the relief effort and fulfill her dream of running on Marathon Sunday. "I thought about how I had done this training program and how I was ready to run 26 miles on Sunday. I didn't want to give that up, so originally, I figured that I would go for a long run on Sunday and maybe try for 26 miles," Amadeo said. She found a Facebook group called "Run Anyway", which called for runners to gather in Central Park and run a marathon together. "They set up a way to donate money to hurricane relief, and they had bins getting set up to donate clothes that went right to Long Island and the places that needed them the most," Amadeo said. "I felt good that I got to run my own little marathon in the park, and I donated the clothes that I had planned on donating. It was nicer to know that it went right to hurricane relief." And while Amadeo didn't run past the usual one million spectators who line the marathon route every year, she had her own fan club waiting for her at the finish line. "I called my brother and his roommate, and I told them where I would probably finish, and they met me at the finish. It was definitely a different experience than I would have had because I was just doing laps in Central Park, and there were so many runners that day, either doing the same thing or just going for a run," Amadeo said. "The park was so full of people that I felt that I was in a race anyway." Though many runners found a way to make the best of the situation, they were disappointed that New York Mayor Michael Bloomberg canceled the marathon two days before it was scheduled to take place. "I was really frustrated because they kept saying that the marathon was definitely going to go on no matter what. I had already picked up my number and everything," Kohn said. "There was very poor communication, and I wanted to know if it was canceled or postponed." While the decision allowed the city's to remain focused on relieving the communities hit hardest by the storm, many of the runners voiced their disapproval at how long it took to make the final announcement. "They made the right decision, but they just made it way too late because so many people had already flown in by the time they had announced it on Friday. I heard so many stories of people who got off the plane from wherever they were coming from, and as they landed, heard the news that it was canceled," said Emily Ostertag, CC '13, president of the CU Road Runners, and a Specator A&E writer. CU Road Runners sends Columbia students to run in the marathon every year. Ostertag was registered to run in the marathon before an injury in September derailed her plans. While the marathon cancellation had the potential to split the running community apart after months of tireless preparation, Kohn said he was proud of how the marathon runners came together in spite of the disappointment. "It was very relieving for me to see that the community of runners is the kind of community that knows how to suck it up and actually make something positive happen," Kohn said. "Instead of taking out their anger in a negative way, they decided to go out and help, which is very exciting for me because it means I am a part of a community that is worthwhile." sports@columbiaspectator.com